Skip to content
We used to go apple picking or at least cheesecake and cider donut buying at Rob’s favorite orchard upstate-ish. (I’m still not entirely sure how far north you have to be before you are considered “upstate”)  Last year we took friends, six adults in total.  This year there are four babies added to the mix and the logistics of trying to go and having to rent multiple vehicles made my head hurt.  But, then I saw some pictures some friends took at the Queens County Fair.  Did you know Queens had a county fair?  I didn’t but I want to go next year.  Although I’m guessing it’s quite a bit different than the county fair I grew up with in Indiana.  But it’s at the Queens County Farm Museum. 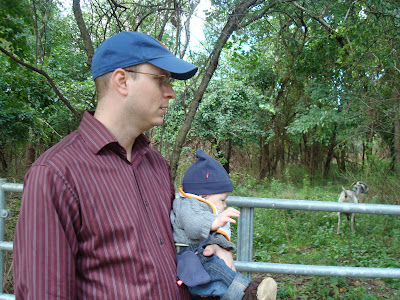 I was looking at the details because a farm in the city, of course I want to visit.  And they have an apple festival. And a CORN MAZE!  So we planned a trip for the Sunday morning.  And walked around with sleepy babies who are too little to care about the animals.  But next year, next year Simon will LOVE it.  We toured through the apple festival, and I will admit I wasn’t much impressed.  A few really big bins of apples to pick out and purchase.  Some apple cobbler and other fried apple goodness and a tent with pie.  That was about it.  Whatever, we’ll still go back because it’s a real live farm…in Queens! 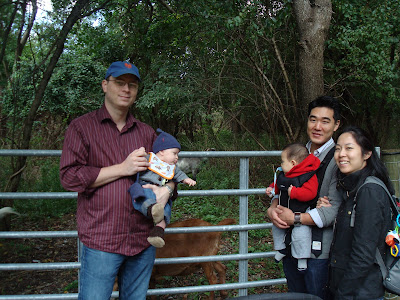 I grew up on a farm.  When I was in high school all our family friends with little kids would come over so we could go look at the cows. I want Simon to have that. I want him to know about cows and chickens and sheep and pigs.  They have a petting area set up where you can feed the animals.  It’s also a working farm with a garden.  And a cornfield.  That is turned into a MAIZE MAZE.  This I was excited about.  I’ve always wanted to do one, but most that I had seen were far out in Long Island or New Jersey.  This may not be the biggest or flashiest, but it got the job done. 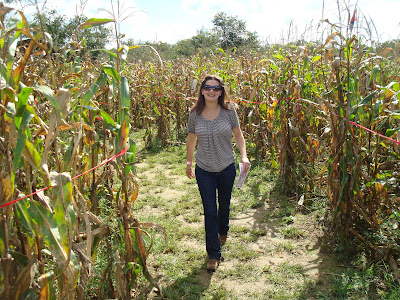 The maze was totally worth the $18 we paid to go through.  I felt like I was in Gilmore Girls, you know the episode with the Haybale Maze.  We had a flag and a clue sheet.  There were mailboxes throughout the maze with pieces of the map that you could get and tape together.  There was also baseball trivia, because the maze was in the shape of a baseball player and ball field.  We were all cool like “we don’t need the map, this will be easy.”  But we picked up the map pieces anyway and I got the trivia because I like trivia and made our way through the maze.  After about 15 minutes we saw the end.  And I was a little sad we had paid and got through so fast.  But we found the end without using the map.  As we walked to the stairs of the bridge to get out we realized that we were in the wrong path.  Oops.  I guess we were a little lost in the maze.  So we wandered around got some more map pieces and came to the end.  Only to find we were still lost!  I guess the map really is helpful…  We made our way back to a spot we could locate on the map and then tried again.  This time turning down a path we had previously avoided.  We made it out in 47 minutes. 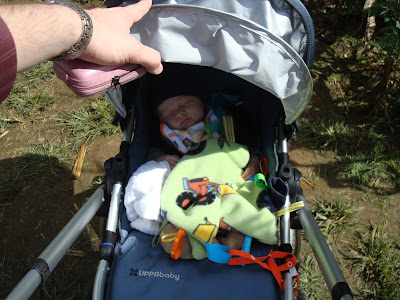 Next year maybe the kid will stay awake.