Holy cow! How is it August already? This summer is flying by. In no particular order, here are some updates. And some pictures from the Bronx Zoo last week. The zoo is awesome. 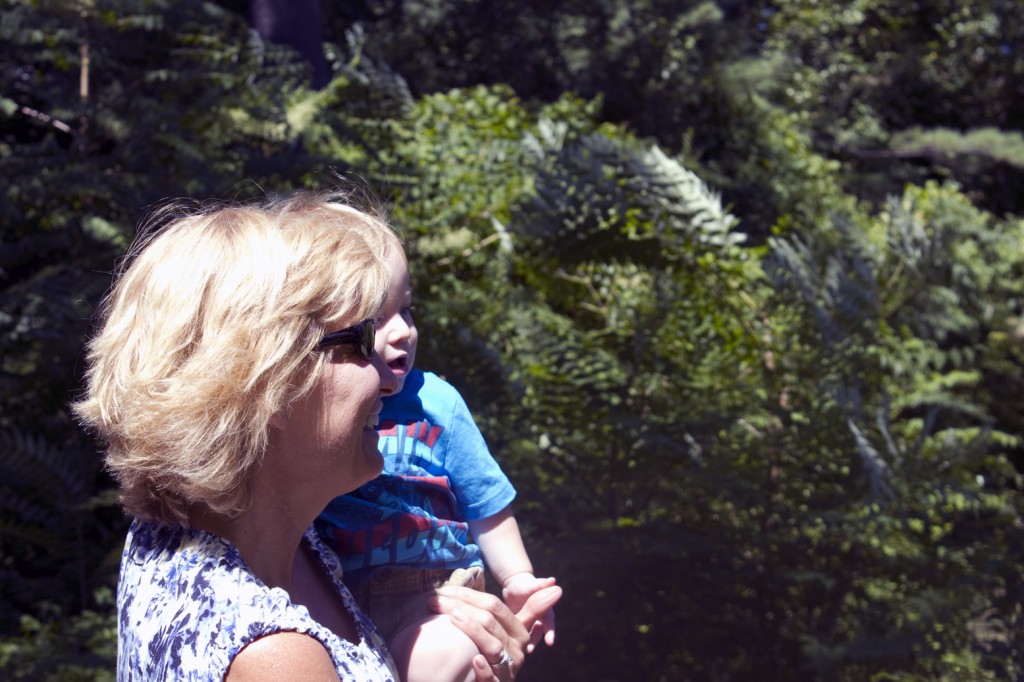 – Tomorrow BlogHer starts. I’m excited, and a little nervous. Two years ago when I went I was too timid to actually talk to anyone. I’m hoping to change that. I want to blog better. I’ve been doing this awhile now, five years next month. Also, I have business cards for my blog designed by the lovely Stefanie at ChloeTate – check out her stuff. So my three takeaway goals 1) Learn something to improve my blog / writing 2) Make three new contacts / blog friends 3) Go to at least one of the parties and have fun (I skipped these last time).

– I got my first academic rejection letter from a journal. I feel like this is another milestone on the road to publication, but it still stung a bit. On to revise and resubmit elsewhere. Like I have time to go in and actually revise this thing. In all seriousness the reviews were really helpful and I am hoping to get it done before the semester starts.

– I submitted the book chapter and have finished a draft for another paper. So the writing is coming along. But back to holy cow! it’s August! I really need to finish my class prep for the semester. The first day of school is quickly upon us. 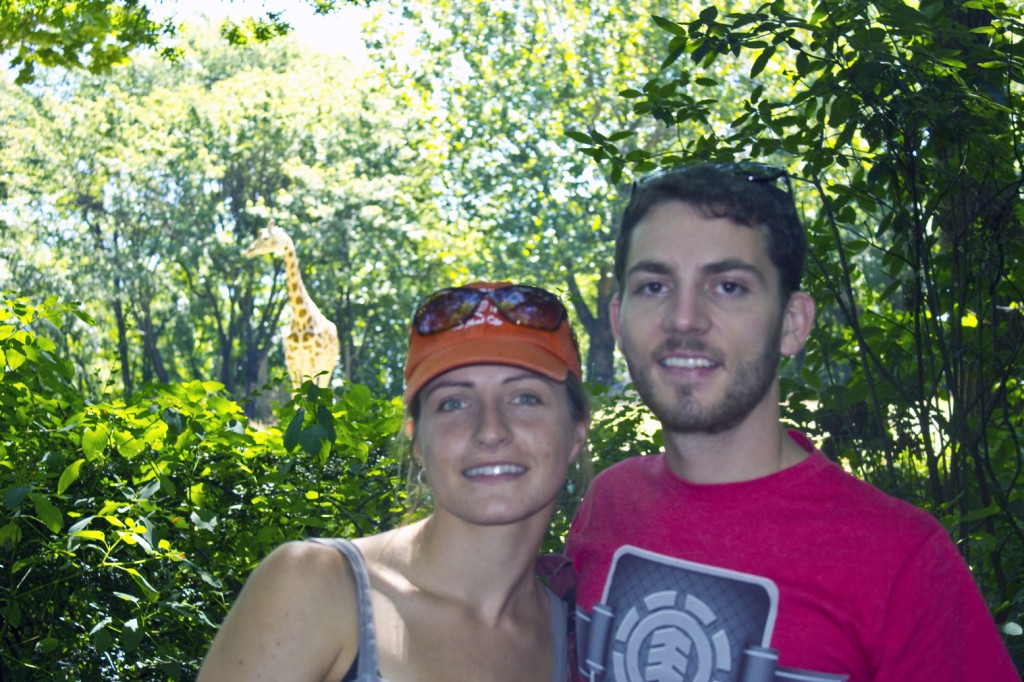 – Simon had a major growth spurt. On his actual birthday he could still clear walking under the table (28 inches) so he was shorter than that, but his hair was touching. On July 20 he was bumping his head, so I stood him against the door jamb and marked with a pencil (a growth chart on the wall, just like in the movies) and he was 28.25 inches. Then yesterday he walked into the table and hit his forehead and stopped confused. I measured again 29.12 inches. This is almost an inch in 12 DAYS! That’s nuts. 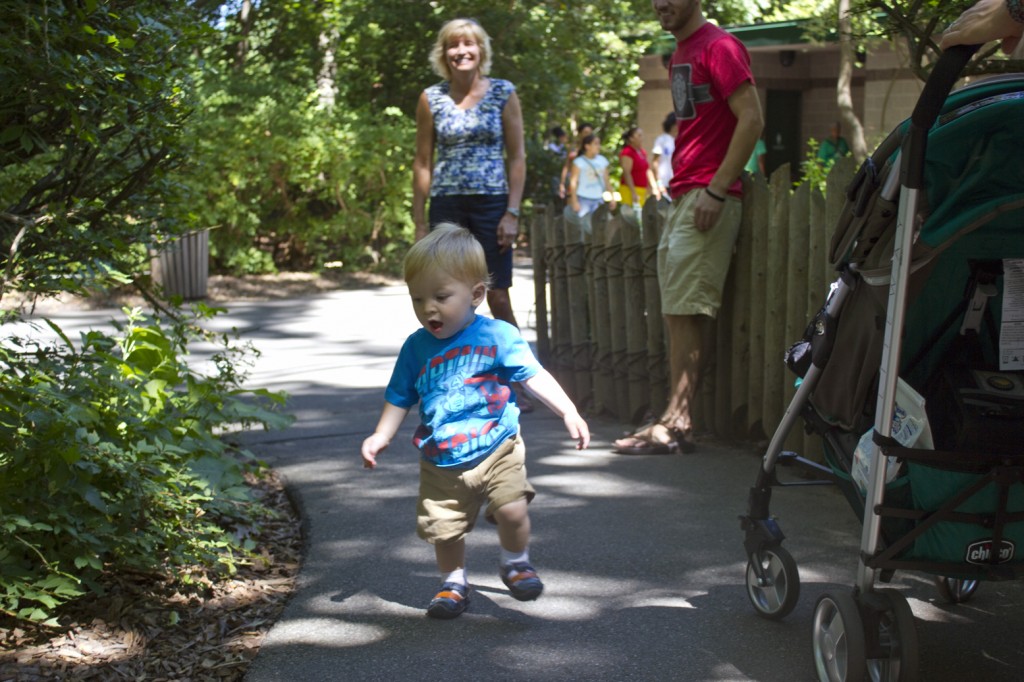 – Last week Simon started with the expressive jargon. And some words: Yuck, Dirt, Mama, Uh-oh, Clean-up, Dagey (Daddy, Doggy, Ducky – we aren’t sure maybe all of the above), Kitoo (Kitty). Sometimes I think he knows what he is saying and other times I think he’s just repeating. Either way it’s fascinating. And with the jargon, sometimes when he’s talking gibberish, I know exactly what he said because it sounds like words even if he didn’t actually say any words.

– Rob is done at the interim job he’s had since January. It’s perfect because it extended until last week and now he has almost a month off before starting the next project. Which is going to be AWESOME! It’s nice having him home, it’s been awhile since we’ve both been home during the day. 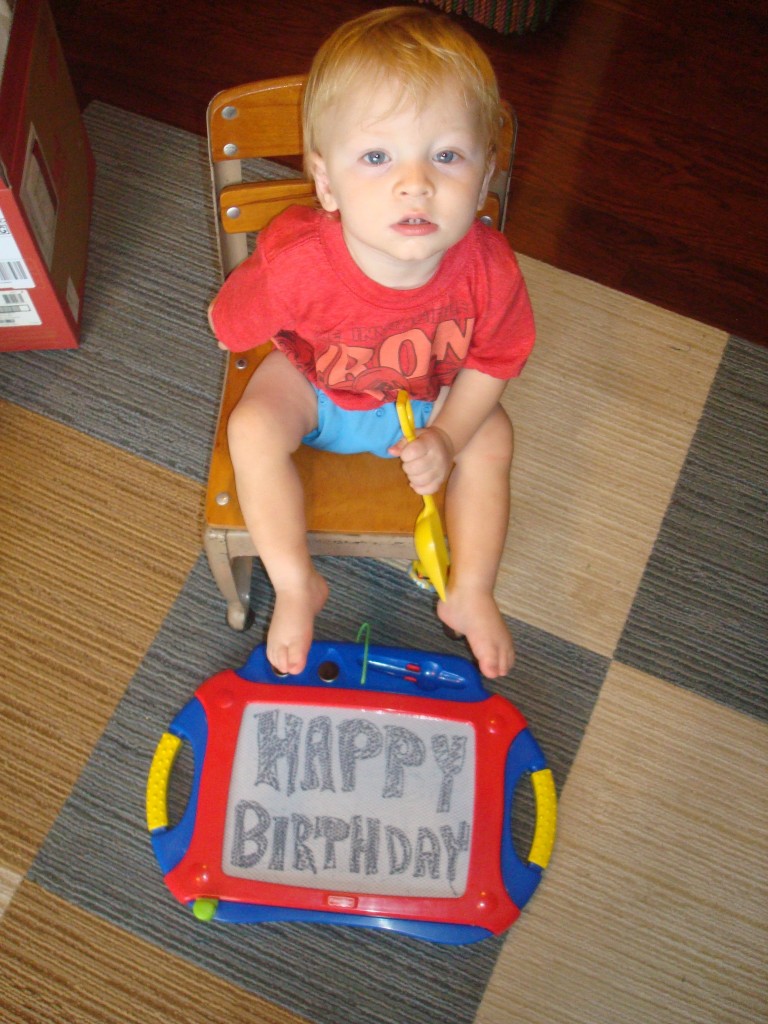 – I love the chair Simon is sitting in. It was a baby gift from Rob’s high school art teacher.

2 thoughts on “Some words…”