I work really really hard at self care. Today I did a pretty good job. Over the summer I was dealing with a lot of anger. At first I thought it was postpartum, but as I started making some small changes I found I’m angry when I feel like work takes over and in not present at parenting. So while likely some postpartum stuff going on, I’m fighting the battle of the rat race and feeling only mildly successful. For the sake of my sanity, on the days I stay home I try to play more with the kids and check email etc during nap time. 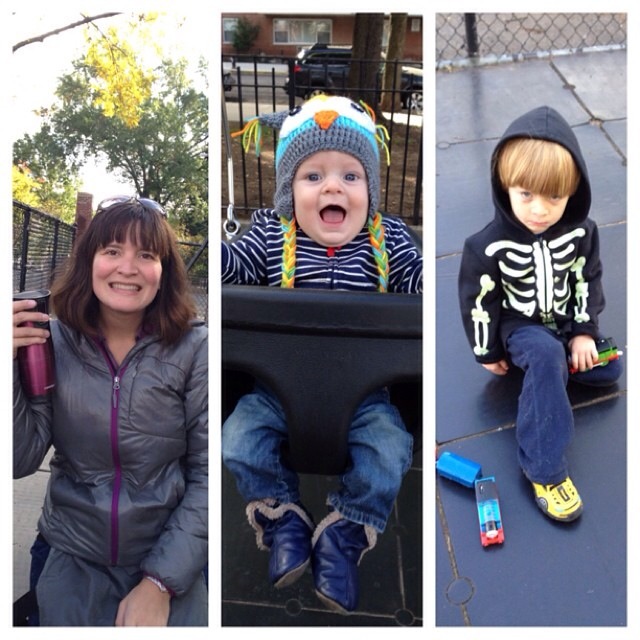 Today we went to the park. Caleb played on the swings. He LOVES them. Very soon he’ll be on the slide too. Simon decided to play trains (he brought them from home). I had coffee. I took three pictures and I played. 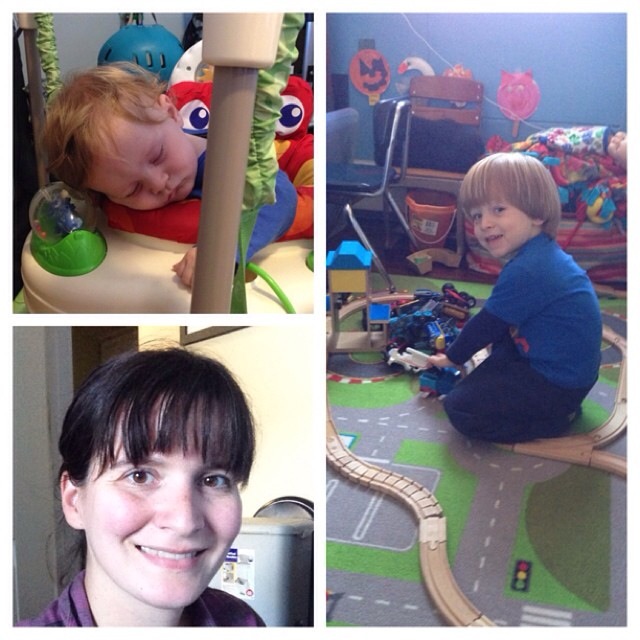 At home in the afternoon Caleb played his favorite game, which is to be right I. The middle of whatever Simon is doing. Simon hated this game. We are there. It’s going to be a long few years of fighting. So Caleb went to the jumper as he NEEDED a nap but was too stimulated. Sleep in three minutes. Simon played trains. I helped with the track. 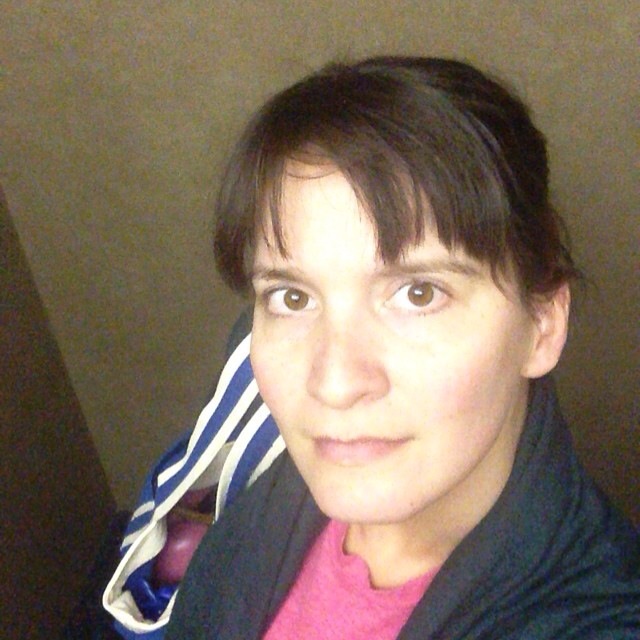 We did a second round of playground then when Rob got home. I went to kickboxing. I’ve found a perfect emotional outlet in punching bags. I had a really good day, but also 92 unread emails. Anger. Presence. Balance. Trying not to have it all.

2 thoughts on “#microblogmondays Scenes from a Day”