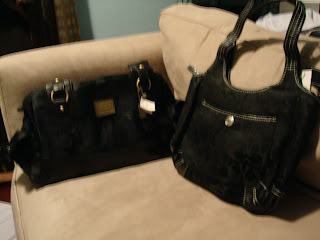 I am occasionally asked to buy purses for those who don’t live in New York for gifts. The last two missions to buy purses in New York, I have bought from the guys selling out of boxes and bags, once on 42nd street and once at World Trade Center. This time I tried Chinatown. There were no suitable bags hanging in the stores so after lunch we went “undercover” and when one of the many women whispering what they had to see said “Coach” I stopped. She didn’t have a Louis Vuitton (LV) but a cohort did. So she walks us down the block and told us to follow the man she met. We did, down a side street and thought we would be taken into another building. Then the man said only two could come. We were three, and I had already made it very clear that the LV purchaser in the group was NOT splitting from the coach purchaser and husband. So I sent Rob and said I would wait on the street. The man unlocked a van and said get in. They did (Rob first checked that there was no driver in the driver’s seat), and a few minutes later they emerged with a LV bag. Mission part one accomplished. Oh, and the guy first called someone he had on the street to make sure the coast was clear.

Then we had to get the Coach bags. We walked back to Canal street and found someone else whipsering “coach”, we followed. This time only half a block and all three of us could get in. There were bags hanging all over the back of this seatless passenger van. I found the goods I wanted. then asked the price. Too high. I told her what I would pay. (Here is where I don’t bargain well, always say LOWER than you want to pay) She gave another offer, still too high. We met in the middle of my first and her second. She said no. I stared at her, then the bags, then back at her. I waited. She said “ok, ok, here, here” took the bags from me and took our second offer. (why I should have started lower, then my second offer could have been my first)
Mission accomplished!

The bags are now on their way to thier new home.