Holy Cow! I almost missed it. Yesterday someone asked me how old my baby was and I started to say “seven months next week” but it’s next week already! This month has been crazy with explosive development.

– TWO teeth (the bottom two): I feel lucky that the biting has thus far been limited to my hand or fingers. 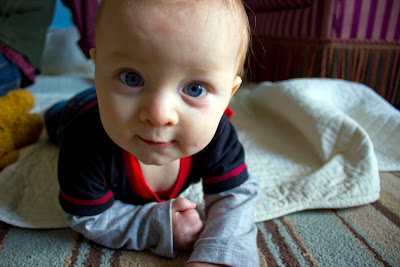 – Crawling: First dragging by the arms, the army crawling, and just last night a few feet of a strange combo of hands and knees and an elephant/bear walk. 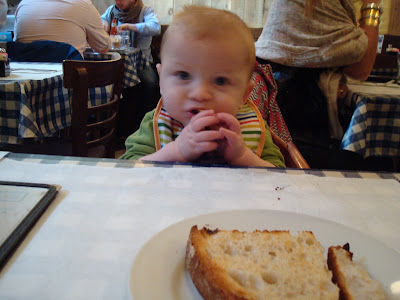 – Eating: Still not every day or every meal, but everything we offer he will eat. This month also brings about the first time we can go to a restaurant and Simon can SIT in a highchair and be entertained by eating his own food (crusts of bread) or dropping things on the floor.  Nursing is his primary nutrition and will be for awhile. He’s getting better with bottles. 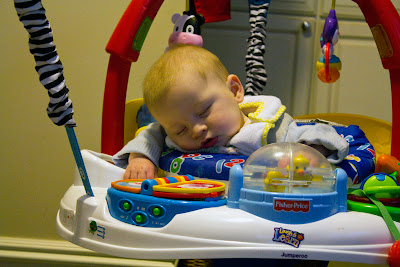 – Playing: Simon is getting to the age where he sees something he wants and goes after it. It is often the recycling basket or any cords we leave out. He also loves ripping and chewing on paper. Really, not all that different than the rabbit…  I pulled out the stacking rings last week and he doesn’t know how to use them, but he is trying. He can get the rings off the tower and then  uses them like a hammer to get them back on.  It doesn’t work. 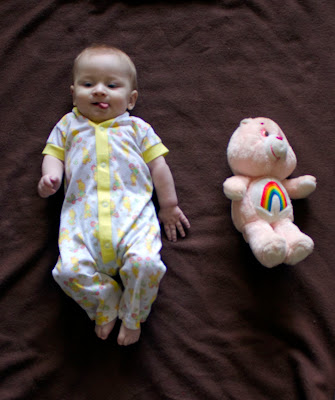 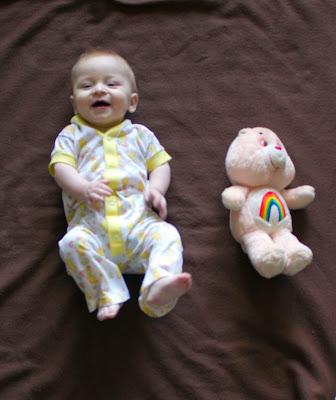 – Language: Simon is babbling lots now. He says mamama and bababa.  But he’s started to mimic some where he will emphasize MAma MAma, it doesn’t mean anything yet but I like it. 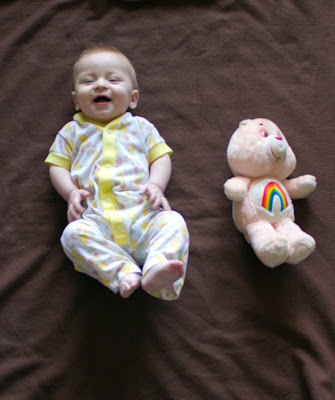 I am loving loving loving this stage. This has easily been my favorite month. I miss Simon when I’m gone and and so happy I have four days a week with him.

Back to puzzle time.

(Off) Broadway is back! It’s so joyous to be at

I repotted my Orchid yesterday and added some new