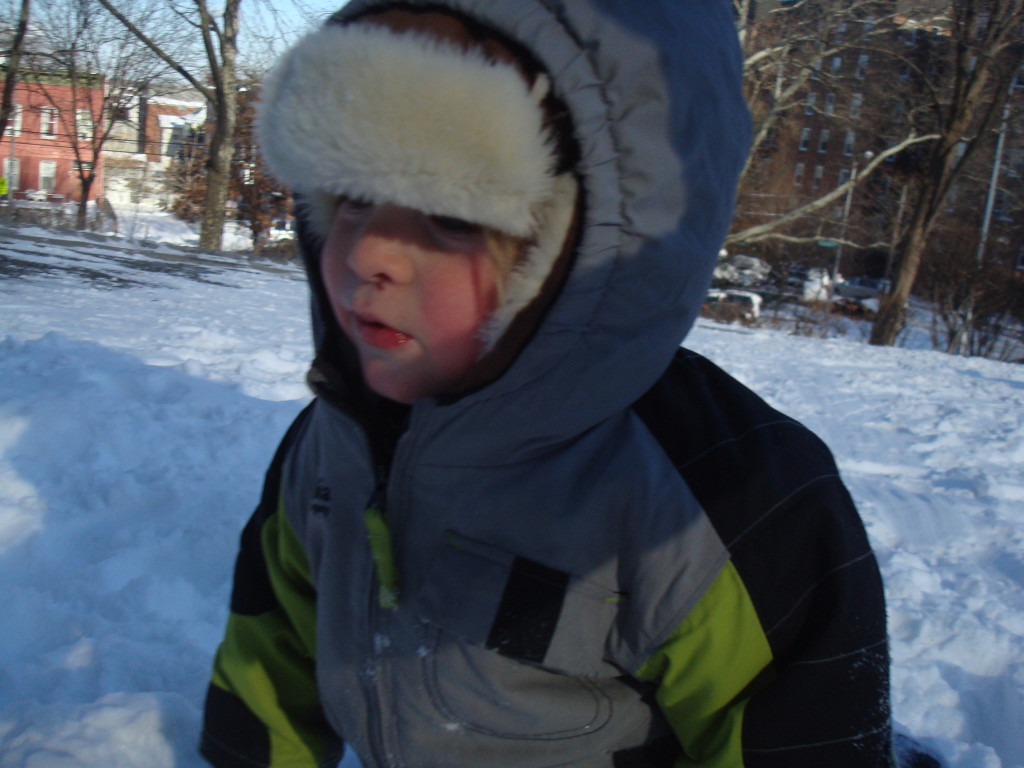 We got enough snow with a big enough threat that school was closed Friday. Rob was lucky enough to be able to work from home so we did a little tag team child care alternating working and playing with Simon. Despite the cold and wind – oh the wind – we ventured out for a little snow fun. Rob was looking forward to trying out his new snow pants and boots and I just wanted more than 200 steps for the day. Simon wanted nothing to do with snow last year. This year he likes it a bit more. 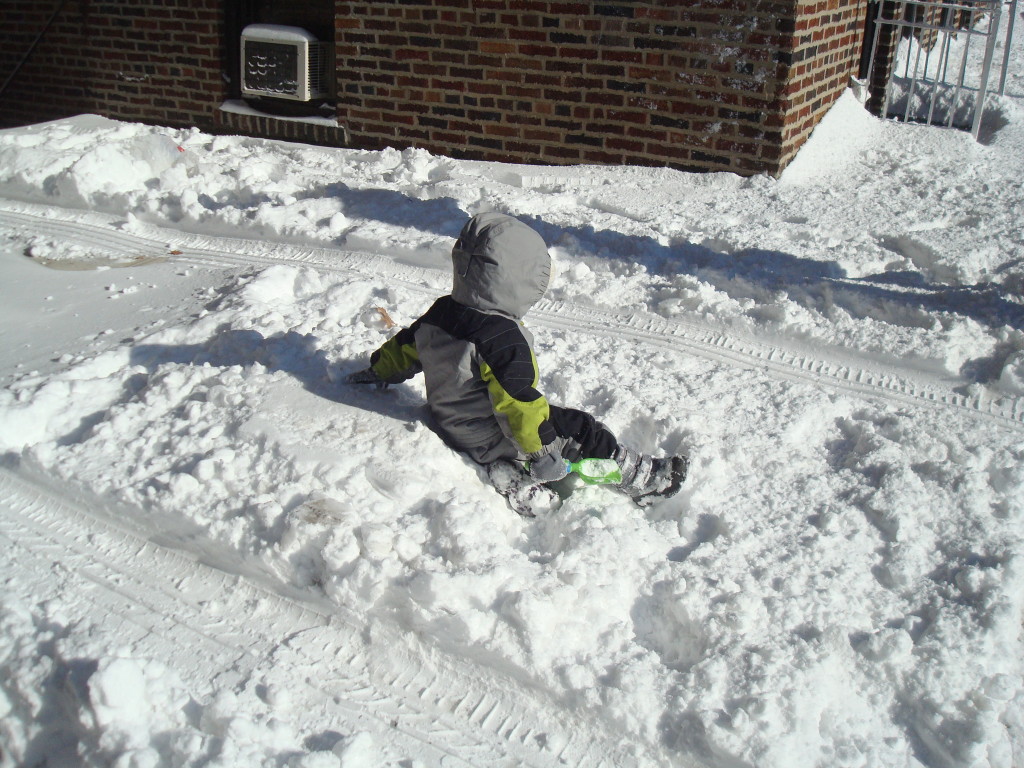 The first thing Rob and I learned is that he doesn’t need the park. The driveway next to our building and the mountain of shoveled snow on the sidewalk were more than sufficient. 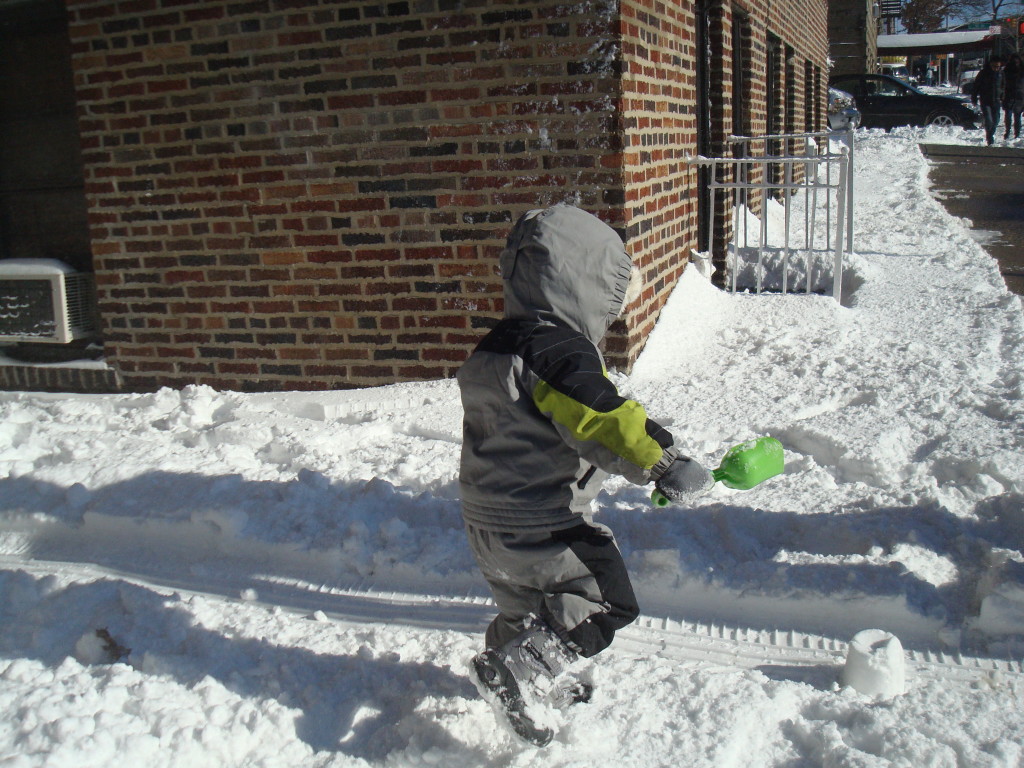 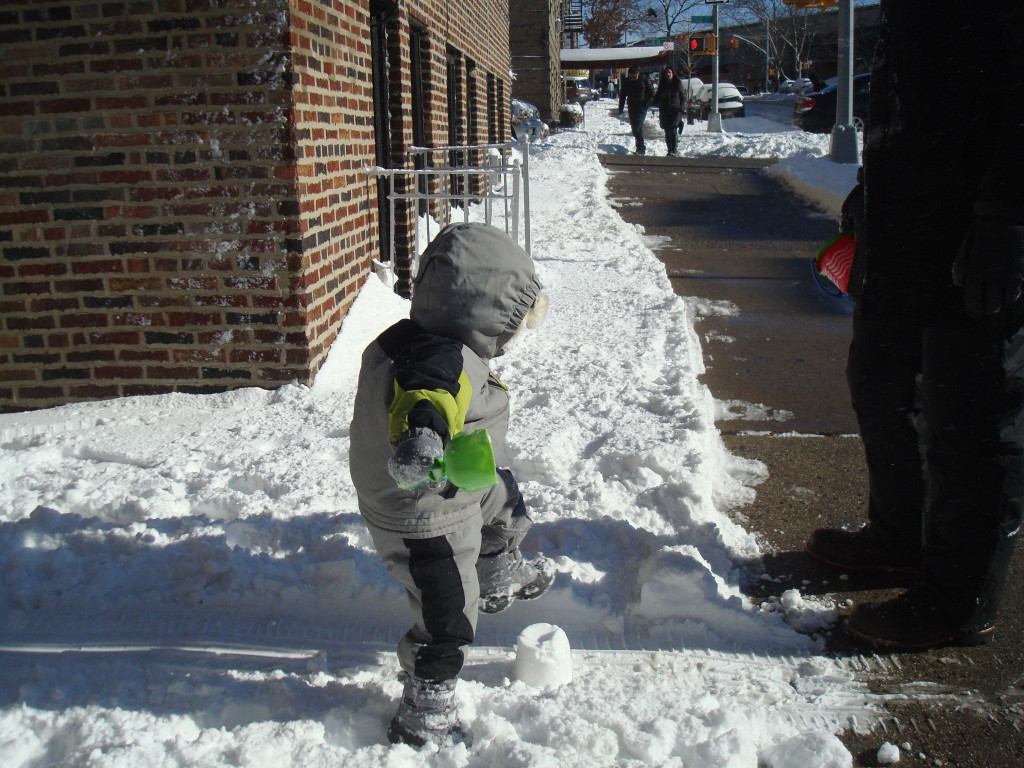 We took a pail and shovel along because sand toys are also great for snow. And since we had a plan, we made him walk to the park. Which was worth it. 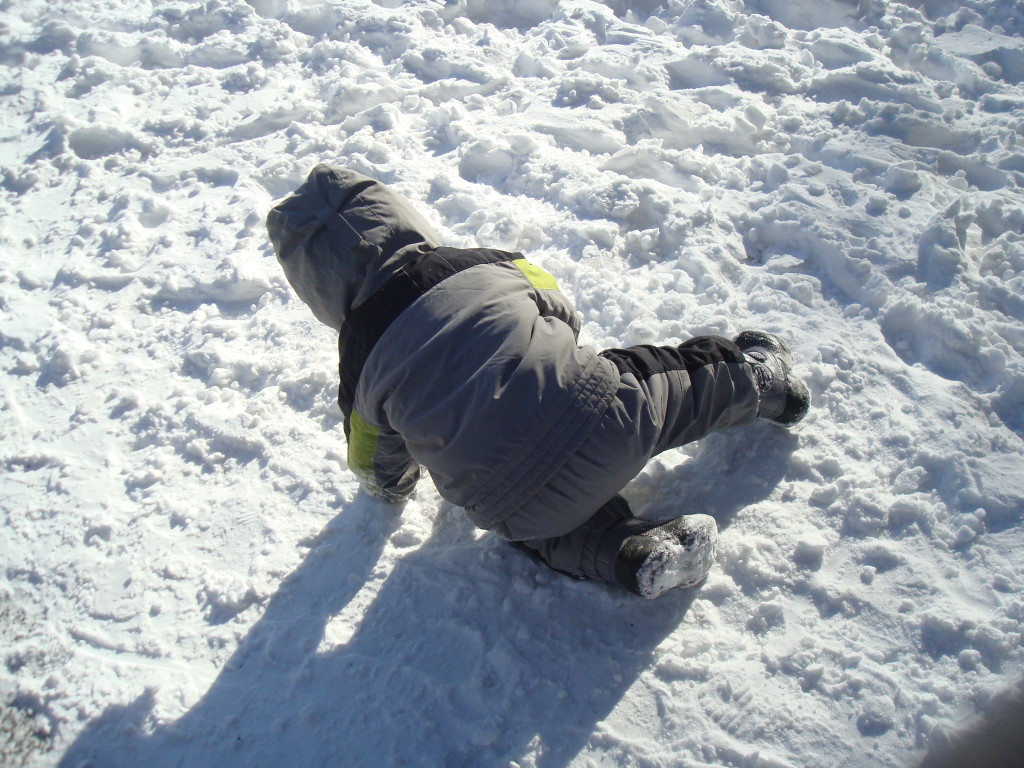 There was a lot of falling down and digging. He also got to watch the “big kids” sled down the hill. 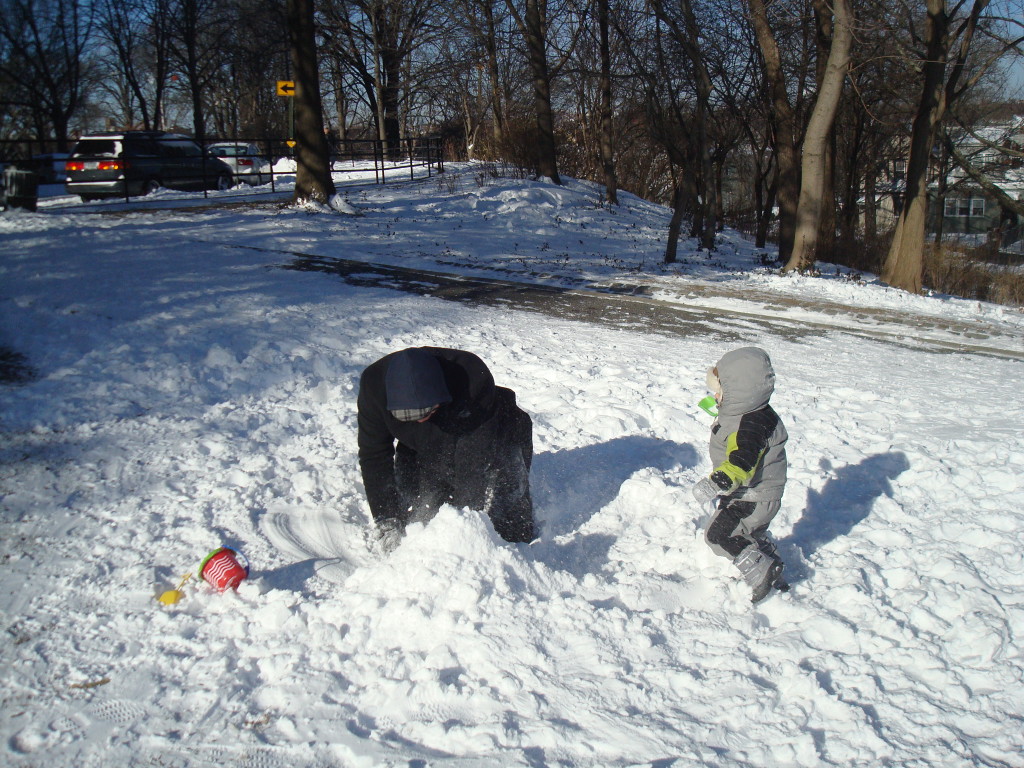 There was the building of a snow mountain for rolling. 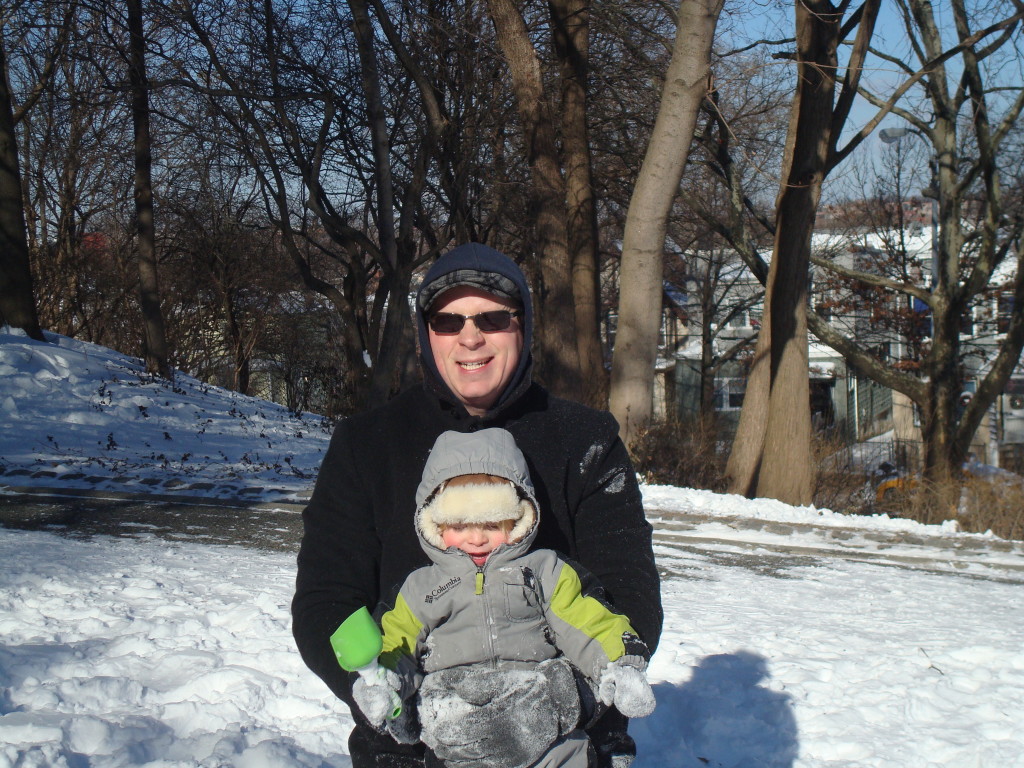 They had so much fun. Then we walked over to the playground behind the hill. There was some climbing and sliding on the big slide. Then we realized just how slippery the rubber around the jungle gym was and I was sent to sit and film.

One thought on “snow day”