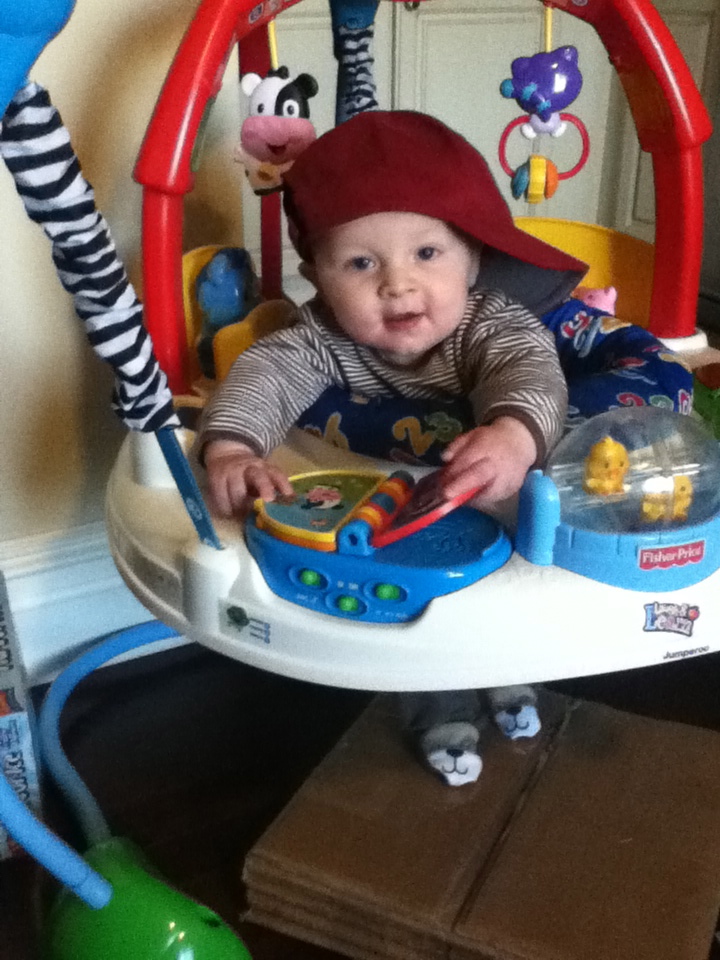 The tiny baby who loved to jump. He loved this thing so much. We have way too many pictures of him sleeping in the jumper because he would jump until he fell asleep. It didn’t take us very long to learn, that when this happened, we should let him be. 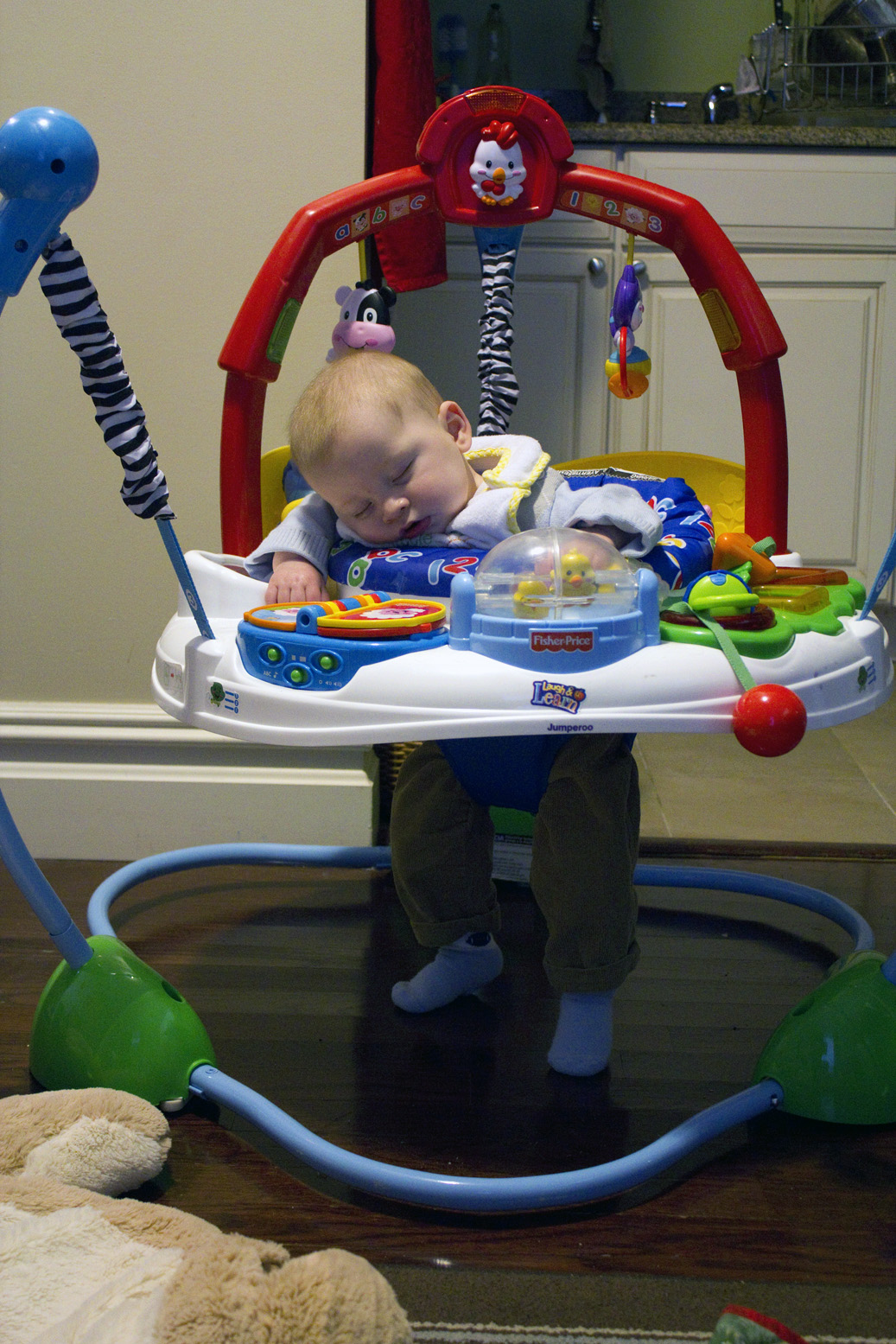 Last week I sold the jumper. I”m really not sure how I feel about this. It’s the first baby thing I’ve gotten rid of that was a big part of Simon’s babyhood. I was more emotional than I should have been over a toy that hasn’t been in our home for six months. Because, you see, last summer I sent the jumper out on loan to a friend (it was returned over Christmas). I thought I would lend it out and get it back and we’d maybe be expecting again (we are NOT) and would have need of it again soon. 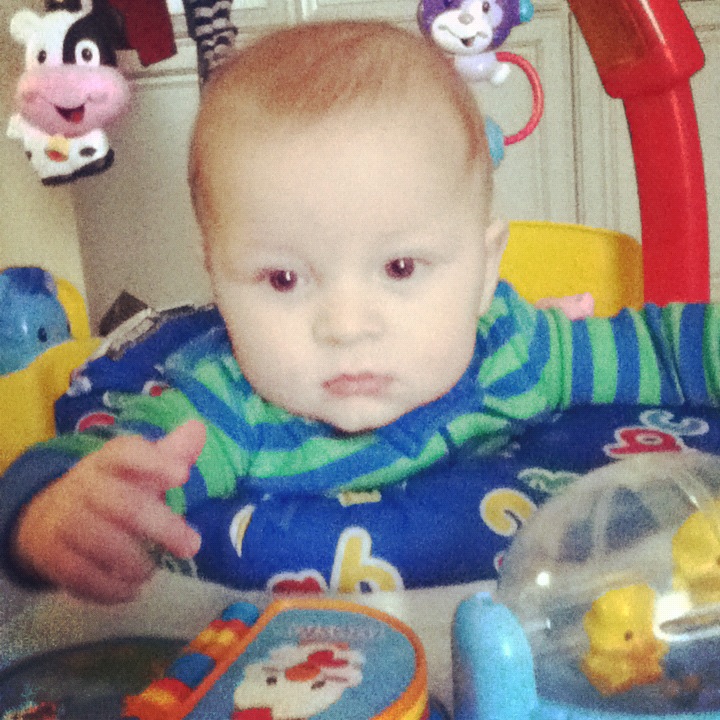 I do want Simon to have a sibling. Someday. TTC#2 is another subject on which I have many thoughts and am not really sure how I feel. At some point in one reality of my life plan, we would be having a second baby this summer. But when the time came, we had some discussion, and realized that we are in no way prepared to have a second baby now. 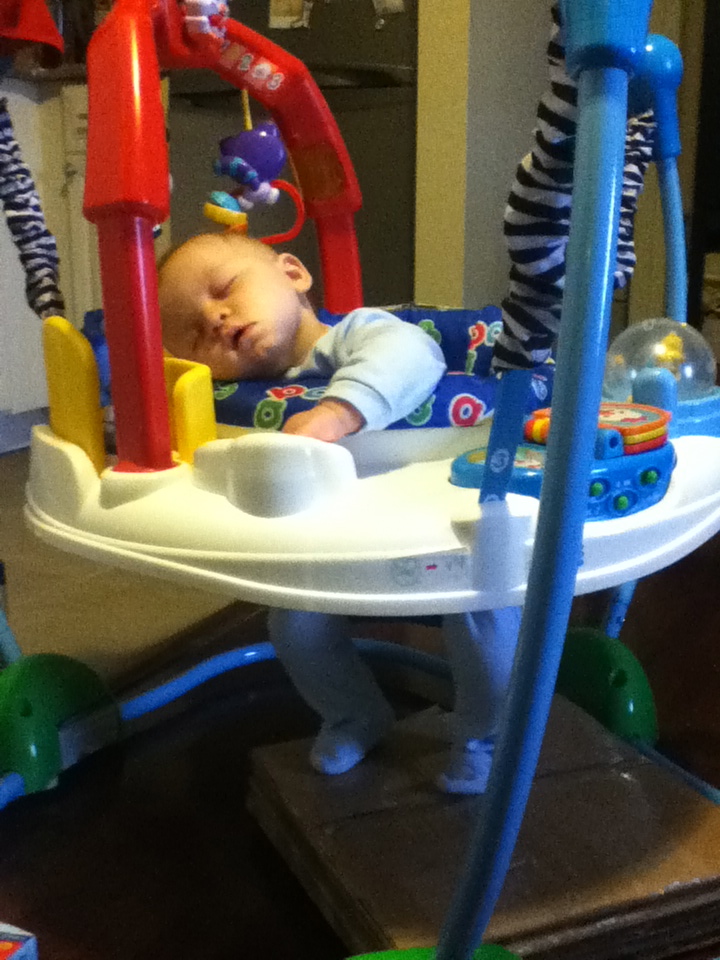 There are financial reasons (I work 3-4 days a week as a grad student who is severely underpaid) two kids in daycare is NOT an option right now. There are emotional reasons – we both have a little PTSD from Simon’s birth that is slowly being dealt with. And really, we are finally at a really good place with Simon and parenting. We love toddlerhood, despite the challenges it brings. Simon is becoming such a little person. It’s the good parts. He talks. He has ideas and opinions. He’s sleeping better. I wish he would eat more… I want to just enjoy this phase.

Also, I recently met with my doctor who said we could try on our own, but with my PCOS, asked why I would want to do that to myself? Why indeed? So when we are ready for #2, we will likely go straight to treatments. I’m mostly ok with this – I think – I just don’t know when… I was really hoping for some time to “just see what happens.” 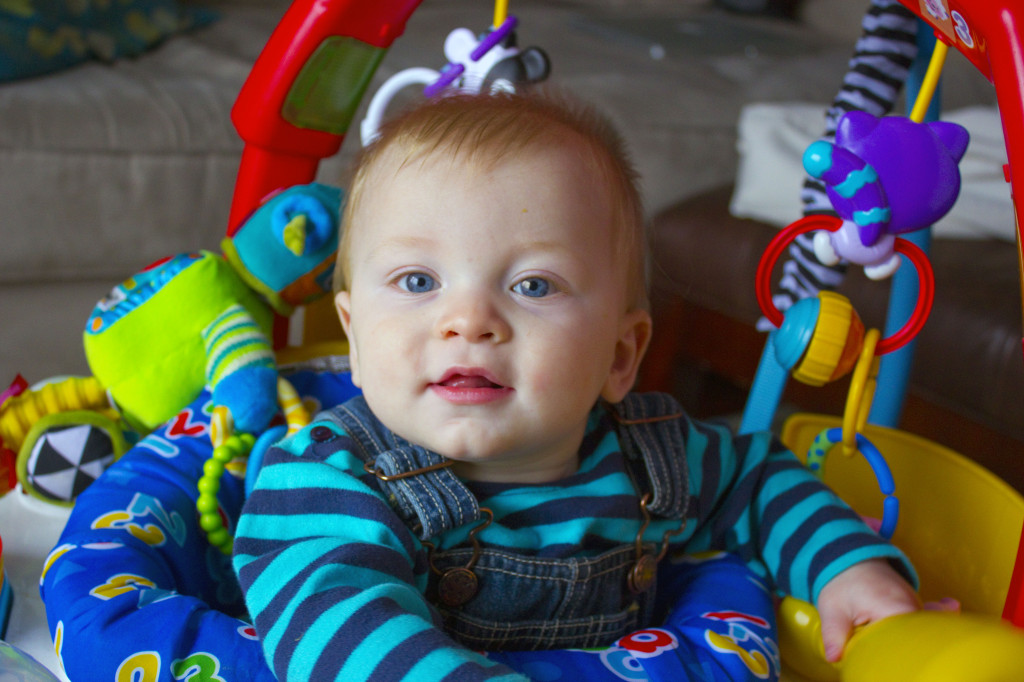 But back to the jumper. It’s been sitting in Simon’s room taking up space for a month. Simon liked to turn the music on and off, but he’s much to big for it. The two friends I have with babies the right age didn’t want it. So I posted it for sale. And on Tuesday dropped it at it’s new home. 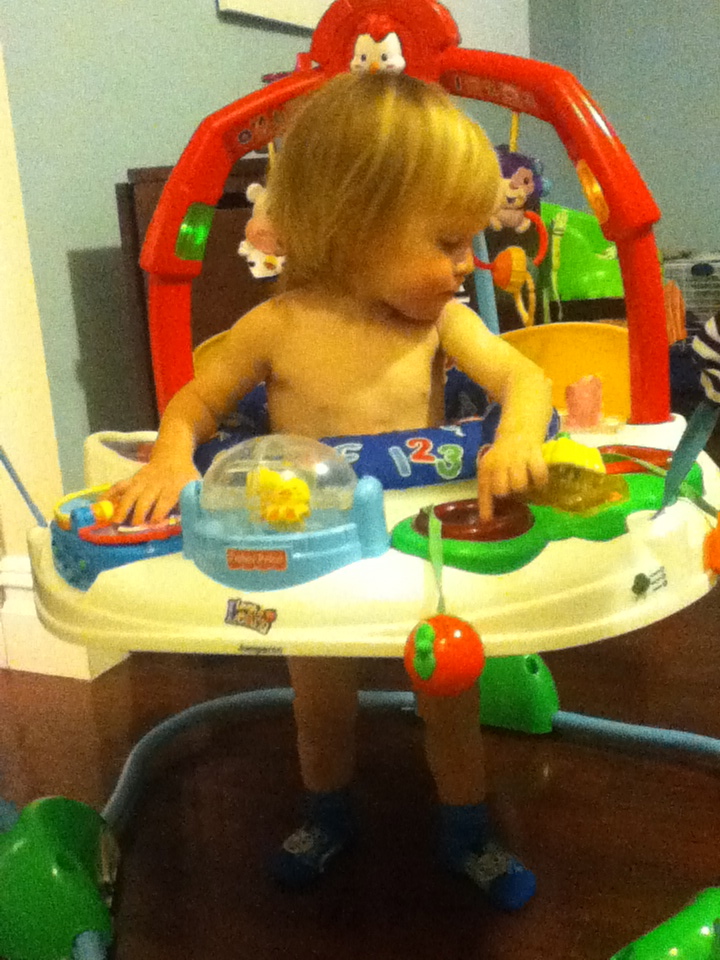 I was sad. I really don’t know why, he’s clearly too big and doesn’t need it. But someday we will likely buy another, probably used (it is one of the few things I did buy new) but this was the end of an era.

When I pulled it out, I put Simon in for one last spin. He had fun – but clearly has moved on. Where did my baby go?

We are so glad to have this boy.

One thought on “The end of an era.”