For our anniversary Rob and I planned a little vacation to Manhattan. (Actually it was all Rob’s idea – he asked and I thought it sounded awsome – it was)
We spent two nights in the Library Hotel. At first it was just because I really like libraries and books, and have wanted to stay here since I read about it. But then I realized the first anniversary is “Paper” and what better way to spend an anniversary than in a place full of books.

We checked into the hotel on Friday afternoon and this is what awaited us. 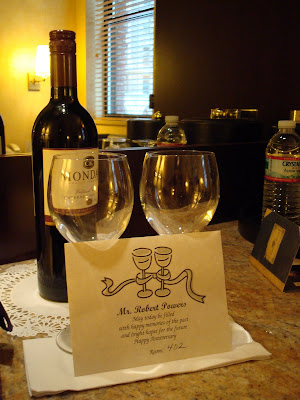 There is just something about that little bit of extra service that makes a nice hotel soooooo worth it. 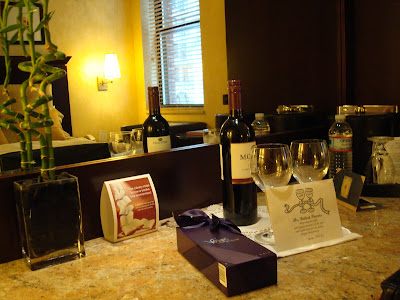 Friday night we went to dinner at Nobu. 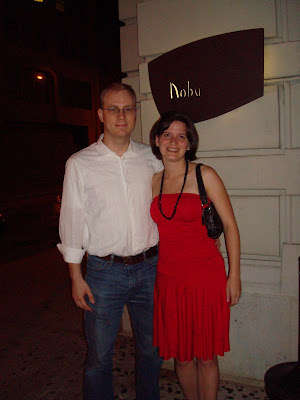 And on the way back to the hotel, the sky was really pretty so we did a little photo shoot. 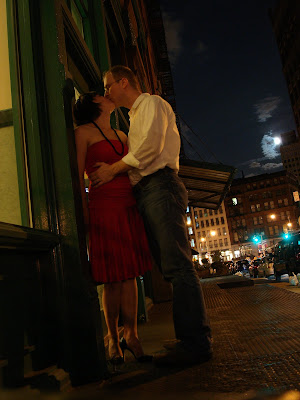