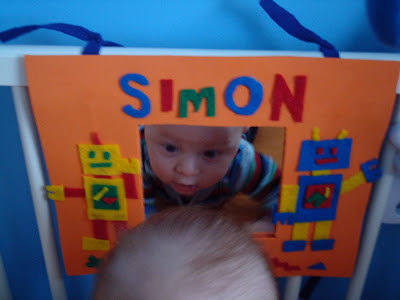 I have a lot of things I would like to have time to do.  Like start sewing Simon’s quilt that Mom and my sister-in-law cut all the pieces for over the summer.  But Simon is time consuming and I barely have time to get school work done,  I’m in a constant state of “I’m going to get fired” except it’s school and they don’t fire you. 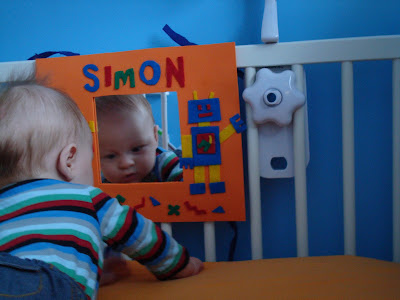 And I’m far from being so behind as to get kicked out. So for my hoby time I mostly stick with blogging, sometimes one-handed while Simon eats. 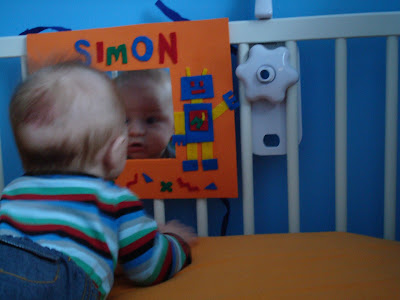 But last week the hot glue gun was out from our Halloween costume extravaganza.  So, I did find the time to do a project that has been in my brain for some time.  While watching NCIS: LA because I’m a multi-tasker. 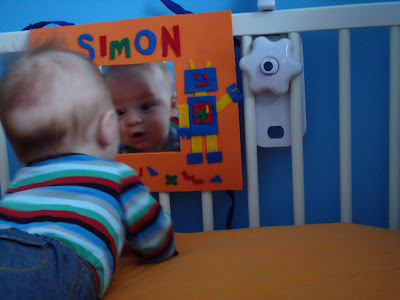 Simon really loves to play with the baby in the mirror.  And ever since I went with the “not a common baby theme” nursery decor, it’s hard to match.  I’ve been wanting to get a crib mirror, but I didn’t want treetop friends or farm animals, or Disney characters, I wanted ROBOTS. 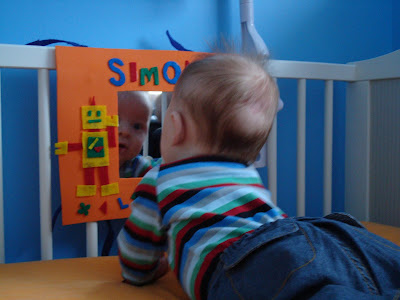 So I bought some felt and a piece of orange foam at Michael’s, and Rob found me a square plastic mirror at one of the art stores.  It’s not a flex material like I would find in a ready made crib mirror, but it is plastic so I’m making do. 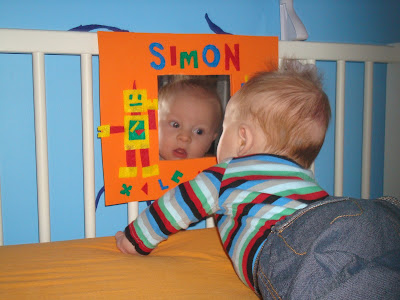 These materials have been moved around our apartment for the last couple of months.  Last week I started cutting robot parts, and letters, and shapes.  I glued the felt on to the foam frame. 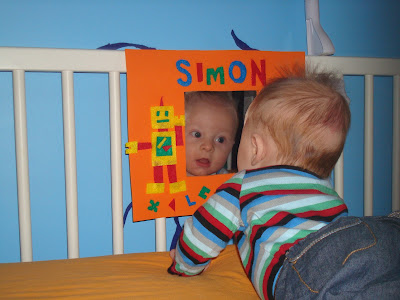 I used the half for a back that was about an inch bigger than the mirror all around.  The front frame overlaps a quarter inch all around so there are no sharp edges available. 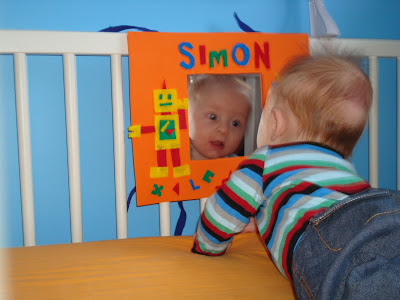 Some felt ties and a few minor glue burns and now Simon can play with the baby in the mirror whenever he wakes up. I love how this turned out. 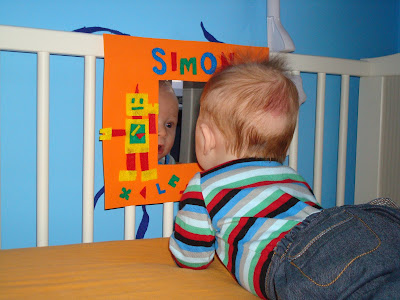 I really like being crafty, there just aren’t enough hours in the day right now.