I can’t believe it’s Christmas Eve. I’m so not mentally ready. Physically we’ve been prepping.  We have a tree.  I made stockings.  Oh, I am glad I made the stockings. I had a little procrastination on Pinterest weekend in mid-November. If it weren’t for these things, and the presents family have been mailing in, it would be just like any other weekend. 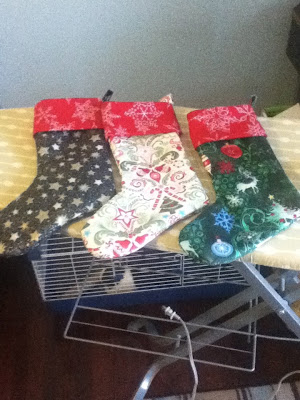 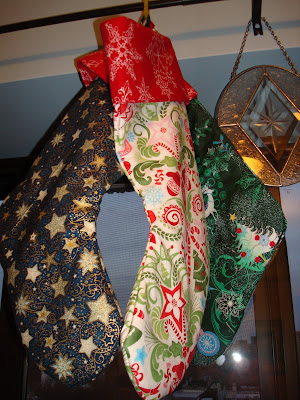 Mentally I’m spent.  This semester was HARD.  And not really so much because of the baby factor.  That was part of it.  But teaching two classes (instead of my usual one) meant double the students and their issues and grading. I feel like I spent most of my week dealing with teaching and that left very little work for my research and class that I was taking.  I spent four days this week grading.  And trying to finish the last bit of data entry for my thesis, which was due in October, but the final meeting about was yesterday.  I have until January 17 to write the results and discussion.  I’m spent.  But in May I will have my En Route Masters and in August I will hopefully be ABD.  Aren’t you proud of me mom?  And because Christmas Eve and Day are on a weekend, it just doesn’t seem like I get any time off.  Hence the meeting yesterday, where I only cried twice.  But that’s because I’m so dang tired because someone – I won’t name names – has decided that eating during the day is not nearly as much fun as having an all night party recently. 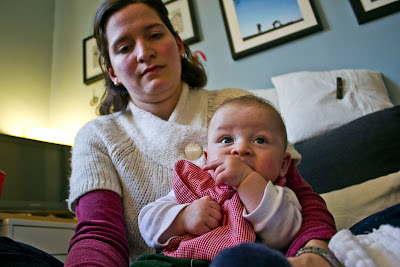 But last night I did something I’ve only done twice before.  I put Simon to bed, I pumped, and I went to sleep with my head buried under a pillow.  And Rob took the night shifts.  Where Simon refused the bottle.  But did figure out that it was the bottle or nothing, and he went back to sleep.  I feel better this morning.  Not like the zombie I was yesterday and the day before. We might try it again tonight.

Last night we went to the local Pub for dinner.  Simon rocked eating the mushy peas.  And I mentioned that I had seen somewhere on Pinterest Christmas Tree Waffles.  And we were planning on waffles this morning anyhow.  And Rob made me these.

Then we Christmas facetimed with my Dad and siblings and opened some presents, and I think I might just be feeling a little Christmassy now.

I’m not checking school or student emails until January 2 for a self-proclaimed vacation. Kicking myself a little for not pulling out the camera this morning.  I will NOT forget for the next round of presenting.

Merry Christmas to one and all!