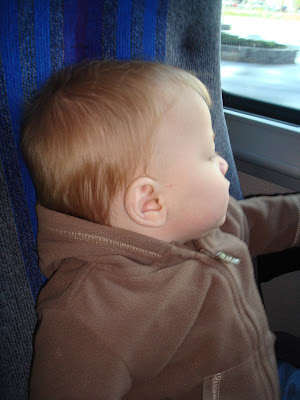 Since Simon was five months old we’ve been going to the Child Development Lab at the campus I work on to participate in infant research. The research is about infant locomotion and cognitive development.  We are doing a diary study, where I’ve been filling out a daily checklist of motor and language activities since December and will continue until about 18 months. 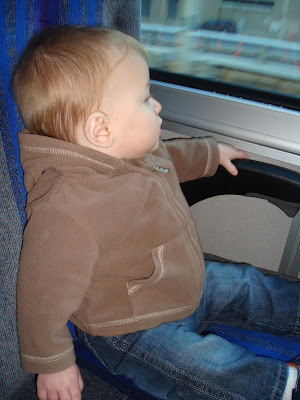 We also did a reaching study, and today we rode the bus for the second of five visits for an “A not B” study.  We left early and took the subway to the Express Bus.  Simon got his own seat before deciding to take a nap on my lap. Then when we got to the lab he was in his best mood of the entire day. I’m so glad he used it up for the study. First he crawled to me down the paths. After five tries down path A, I moved to path B and he came right to me. Rob and I love this “thinking” face; he started it a couple of weeks ago and the pout is priceless. 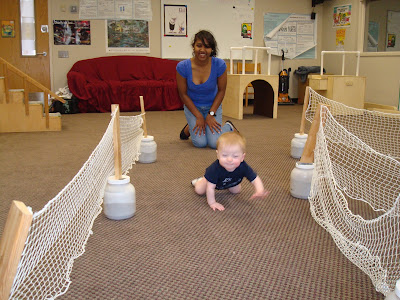 After the paths we moved on to tunnels.  Five tries on tunnel A, then I moved to tunnel B. He didn’t even look to see where I was and just zoomed down tunnel A. Then when I wasn’t at the end he was a little confused until he saw me.  Then he came to get the new toys. 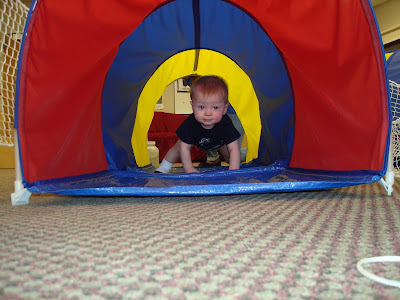 Oh how he loves to play with new toys.  We’ll go back again when he can take 10 steps by himself. I’ve got myself a little Lab Rat.