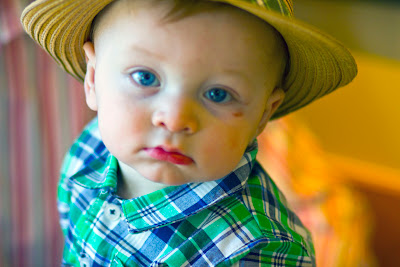 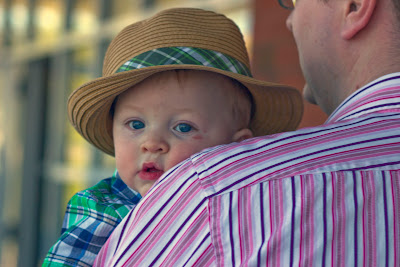 At the nine month appointment Simon weighed in at 16 lbs. 14 oz., a skinny little squirt, but 28 inches long! 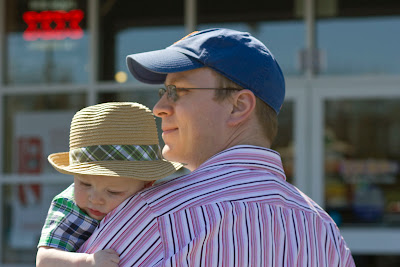 Crawling is getting fast, we really have to pay attention because only the living room is really baby proofed, and if you turn for a second he’s in another room.  This month Simon discovered the bathroom and the toilet.  I’m waiting for him to pull down the shower curtain while I’m spraying diapers.  Mostly I keep the bathroom door closed.  Same for his bedroom which also houses Rob’s computer.  We talked about moving it out, but if the computer is in the living room it’s that much more accessible.  Watching Simon crawl is funny because he’s started switching from his knees to feet for a few crawls. 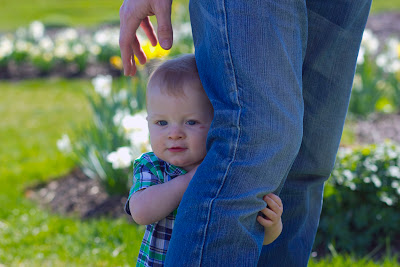 Pulling up an cruising are the preferred method of mobility.  Our living room (and the room at daycare) are set up with lots of things that Simon can grab to go from item to item. When he gets to a spot where he can’t reach the next thing, he will yell until we come help, or crawl, but mostly yell. 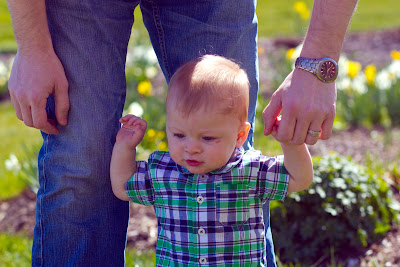 This month climbing was mastered.  First at the playground and at a couple of houses that have stairs.  Rob takes Simon to the playground two or three nights a week before bed time.  Simon climbs the stairs and crawls to the slide.  Down he goes then around and climbs again.  It’s a pretty good workout for the little guy.  Simon also got some new shoes that have rubber pads on the bottom so he can climb outside and not slip. He has tiny little feet, about a size 2.5. 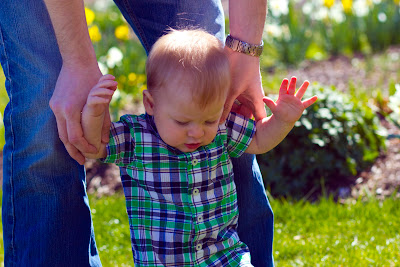 He’s also getting pretty good at walking by holding on to our hands. 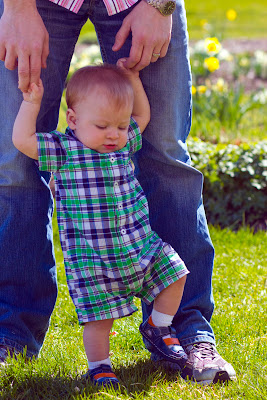 Just before his 9 month birthday (which was last Monday the 9th by the way) Simon mastered clapping.  Yay Simon!!!  At first it was mostly mimicking, but now he claps when he’s happy and laughs while he’s doing it. 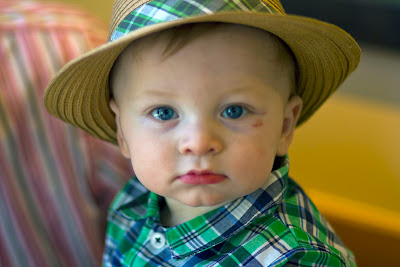 Still only 2 teeth, but eating most everything.  Veggie chips are a huge hit. I know they probably aren’t great for him, lots of salt, but he loves them and if he’s fussing a couple will usually calm him down.  My favorite part is that Simon decided he likes bottles.  The second half of this month he averaged 10-12 ounces a day.  This is huge! And he’s sleeping better.  8:30 – 5:45 multiple nights in a row. It’s not perfect, but I’ll take it.  Naps are still hit or miss though. My guess is that the eating and sleeping are connected. 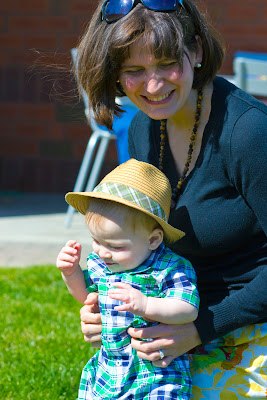 Lot’s of babbling still.  Mamama, dadada, bababa. He knows his name and will respond when he wants too. He knows that “not for you” is what we say when he’s doing something he shouldn’t.  He’ll look at you and then do it anyway.  But he checks first if you’re watching, like he’s trying to get away with something. I *think* he may be saying “mama” with meaning some of the time.  When I get home he’ll usually start babbling mama, and reaching for me. I still don’t know that I would call it a first work though.  He won’t mimic with babbling, but he will with yelling “Hi / Ha” and with “Rawr.” 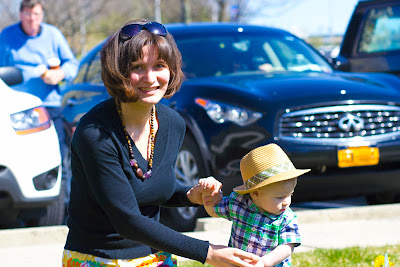 He loves to play with soft things. He has Lamby, Puppy, Bunny, & Bot. He likes to lay on his monkey mat and will snuggle and “talk” to it’s face. The stacking rings are an old classic and a huge hit along with the shape sorter toy.  We also have a little basketball goal that he loves to climb on and play with the balls. There is a lever that when the ball goes through the hoop causes the toy to cheer.  Mostly Simon just stands and sticks his fist on the lever.  Funny kid. 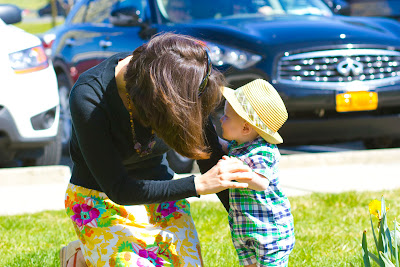 This little guy just keeps getting better and better.