Saturday, Rob and I had what easily falls in to the Top 10 of our greatest dates ever. Our Christmas present to ourselves was a set of tickets to see Newsies on Broadway. It is one of my most favorite movies and I realized that I would forever regret not seeing it. We only go to about one show a year so we make it count and get the best seats we can, but really in most of the theaters there are no bad seats.

As a lover of the movie I will say that it took me a little while to let go of my expectations and embrace the changes to the stage version. And I did enjoy it but I still love the movie more. ***SPOILERS Ahead***

Davey’s sister and the newspaper reporter were combined to a newspaper woman who is also Jack’s love interest. This was a bit jarring, but I understand how it simplified and moved the story along.

I wasn’t a huge fan of Medda, she just seemed to loud and over the top. I was sad to see “Lovey Dovey Baby” go, but I did like the replacement song used.

I like the new “Brooklyn” song a lot and it doesn’t hurt that there is a nod to Woodside (my current ‘hood) in the scene. I did miss the surge of more Newsies that is possible in film, but not stage as the cast size can’t double for just a few scenes. The staging was done well though. 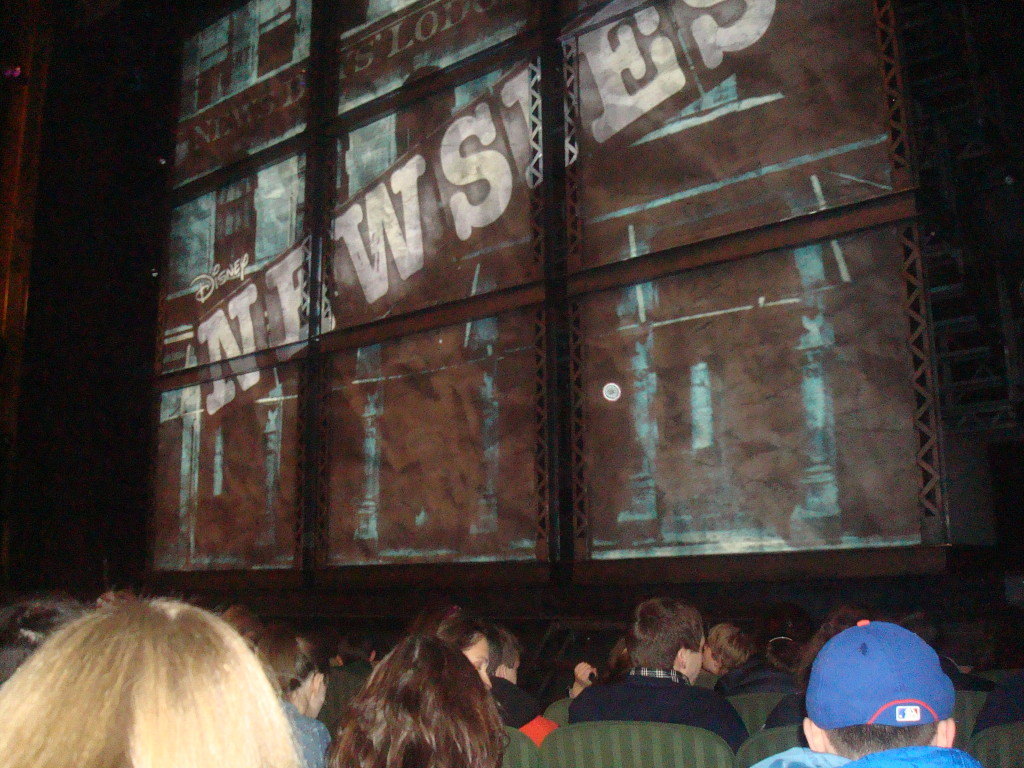 The end got really cheesy and I don’t think that the changes furthered the story, so that was a little annoying. It is my personal opinion that if you are going to make changes there should be a reason. Why are the children of the newspaper giants involved – really, Pulitzer, Hurst, and a third’s children all want to defy their parents and band together. And when Jack yells “We won!” well, they didn’t really. They compromised (with a smaller hike, but the paper would buy back unsold papers) but whatever.

I really hated that Pulitzer offers Jack a job as a political cartoonist. The offer would never happen, nor would Jack take it. At least not the Jack I know and love.

The final scene with Teddy Roosevelt was just weird. He was a caricature and the dialogue made me cringe a little. everyone was just a bit to loud. And then Medda came in with her line about “let me see that back seat everyone’s been talking about. hahaha” and that was it for me. Not because of the innuendo, but because they CHANGED THE WORDS TO THE SONGS in a few places, but notably removing “met this girl last night” and “a Saturday night with the mayor’s daughter” which I assumed was to make it more family friendly. Fine. If you must. But then don’t go add something else “unacceptable” by that standard. This I wasn’t happy with. Plus, it’s really hard to sing along with your favorite songs (in my head not out loud, don’t worry I’m not that obnoxious) when they CHANGE THE WORDS! 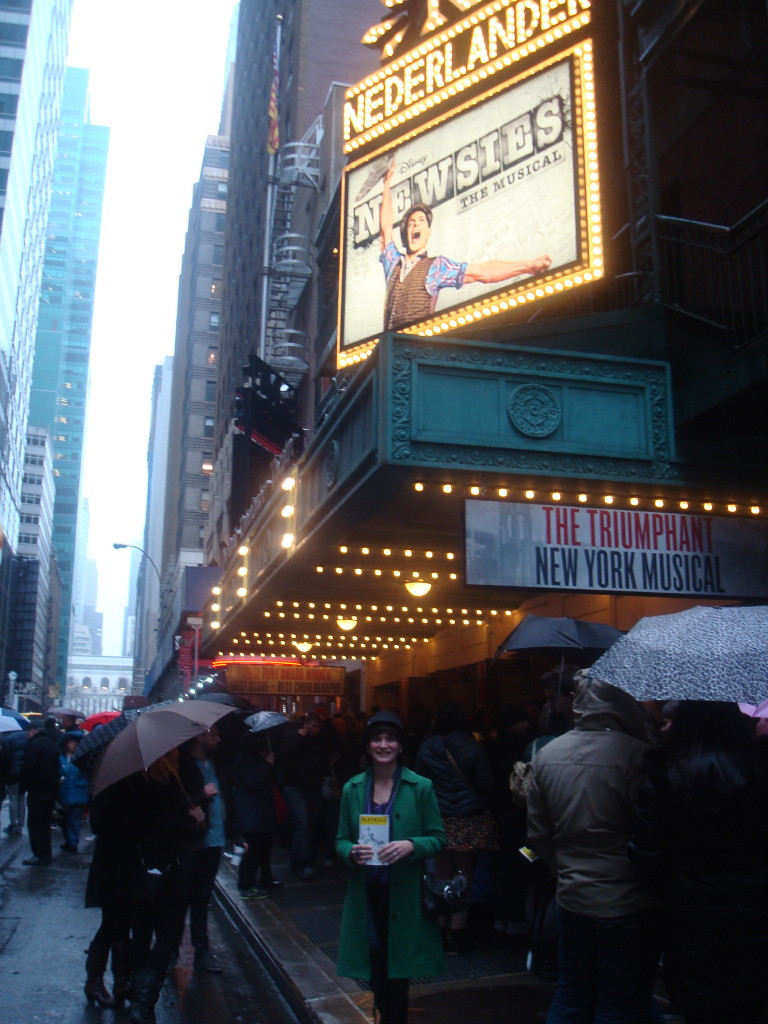 So now you are wondering – this is in your Top 10 dates? Yes it is and here is why. We had an afternoon out where we did something fun and we weren’t worried or stressed about work or Simon. And after we went to dinner. Once every year or two, we go out to a nice restaurant and order all the courses and don’t worry about the cost. This was that meal. But the date wasn’t great because of the cost. The date was great because we sat and ate for two hours! And we talked about things other than work stress and Simon. We talked about nothing and everything. We talked about our relationships and our personal and professional goals. We laughed and dreamed. And that is why it was a great date.

We haven’t come up with the full Top 10, but at least three are from when we were dating. And one is our first anniversary and another last year’s War Horse and dinner date. But now for your viewing pleasure a picture of us on our first unofficial date in March 2007 (before the blog) when we went to see the H.M.S. Pinafore Puppet Show with dinner at Half King afterward. We were with a large group of friends. Rob sat next to me and held my hand under the table. That is possibly the most life changing date of my life. 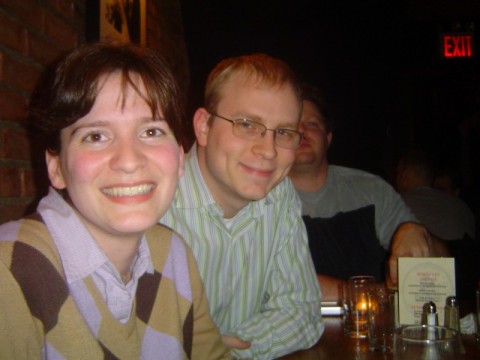 One thought on “Date Night: Newsies!”