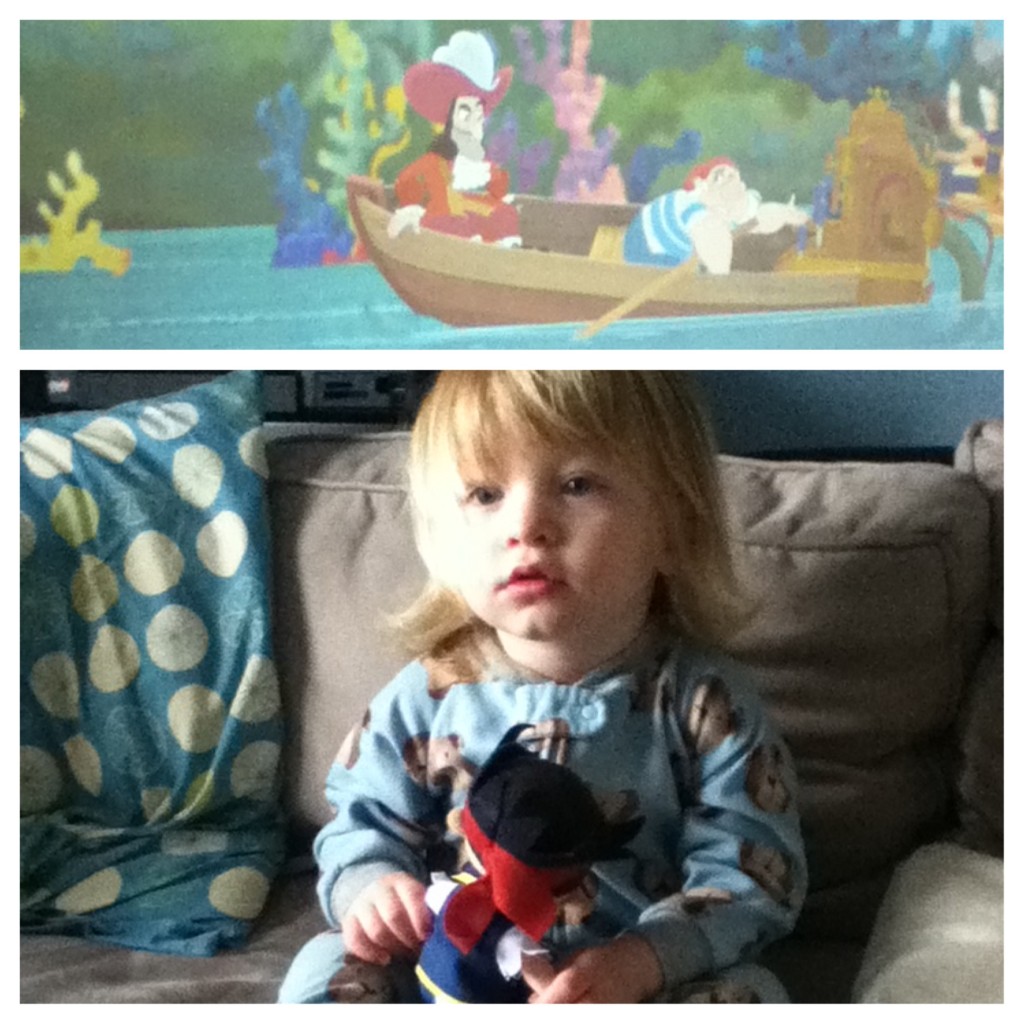 We are THOSE parents. The ones who let their kid watch tv… But Simon is so so active it’s nice that there is a quiet activity he likes. For the longest time he had no interest in watching anything (we watch a lot of tv) then a few months ago he got a Thomas train – and viola he was into an episode of Thomas here and there. Then I showed him Bubble Guppies because it’s MY show, how could I not. His new favorite is Jake and the Neverland Pirates. My mom got him the Jake doll awhile back and he wasn’t really interested. Until last week Rob put the show on and then I gave him the doll and it was the biggest grin I’ve ever seen. Now he asks to “Watching Jake?” He already knows all the songs and sings at the playground asking to “Play with Jake.” Sorry kid he’s just a cartoon.

This is my first time posting as part of PAIL’s monday snapshot.

One thought on “the monday snapshot – TV head”