So way back in June Caleb and I dropped off Simon with my Mom in Indiana and flew to LA to meet Rob for the Daytime Em.my Awards. This was Caleb’s FOURTH flight and the lovely gate attendants secured me an empty seat so I could carry on the car seat so he could sleep. Rob had flown out a day before us, so when he picked us up we went to do some sightseeing before the show. 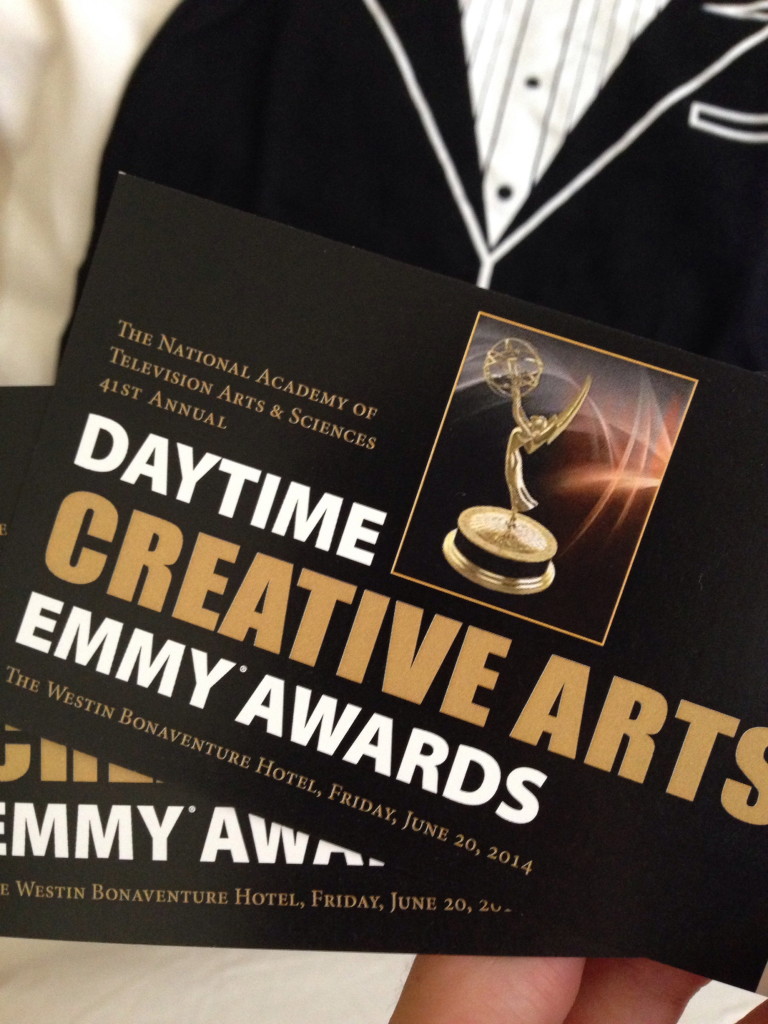 I got to wear my fancy new dress. This was the fourth dress I had in my possession (8th if you count the first Emily’s wedding dress I had – this one pulled double duty), Rob wore his suit and a bowtie and Caleb even got in on the action. 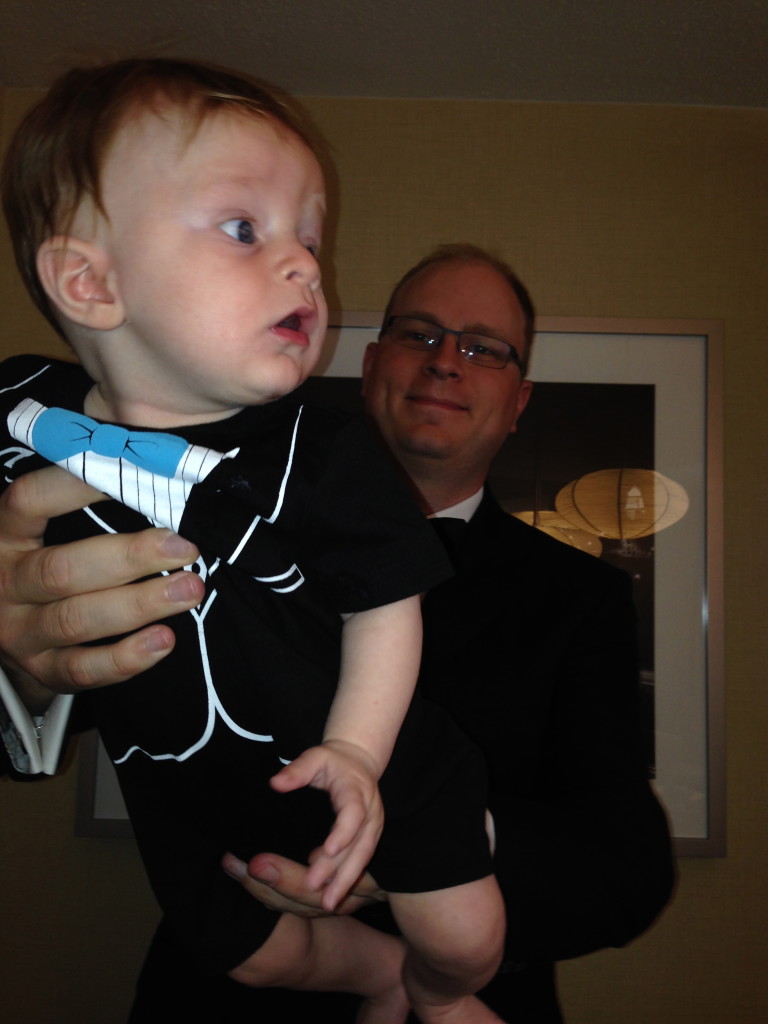 I really wanted to take him down for a few minutes to snap a picture, but I forgot about the time change and by 5:15 he was ready to sleep. We took this family picture instead and left Caleb in the capable hands of our sitter Gabby, who just so happened to move to LA last year. I loved that we could leave him with someone we knew. And we were only downstairs. 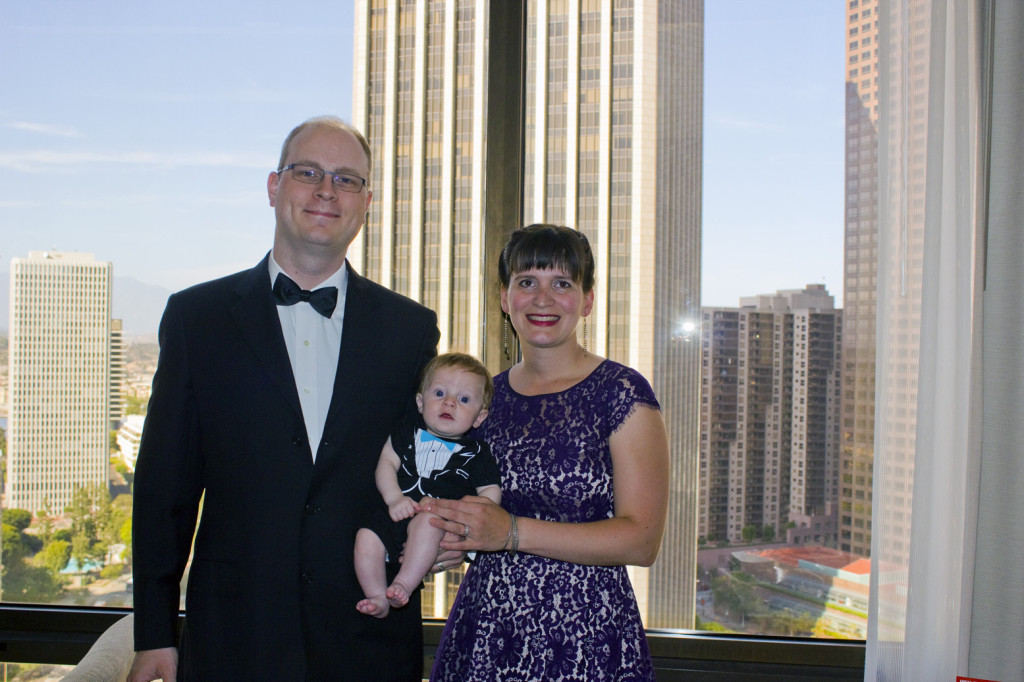 It was fun to see friends at the cocktail hour and red carpet. I think the highlight of my night was meeting Abby Cadabby. 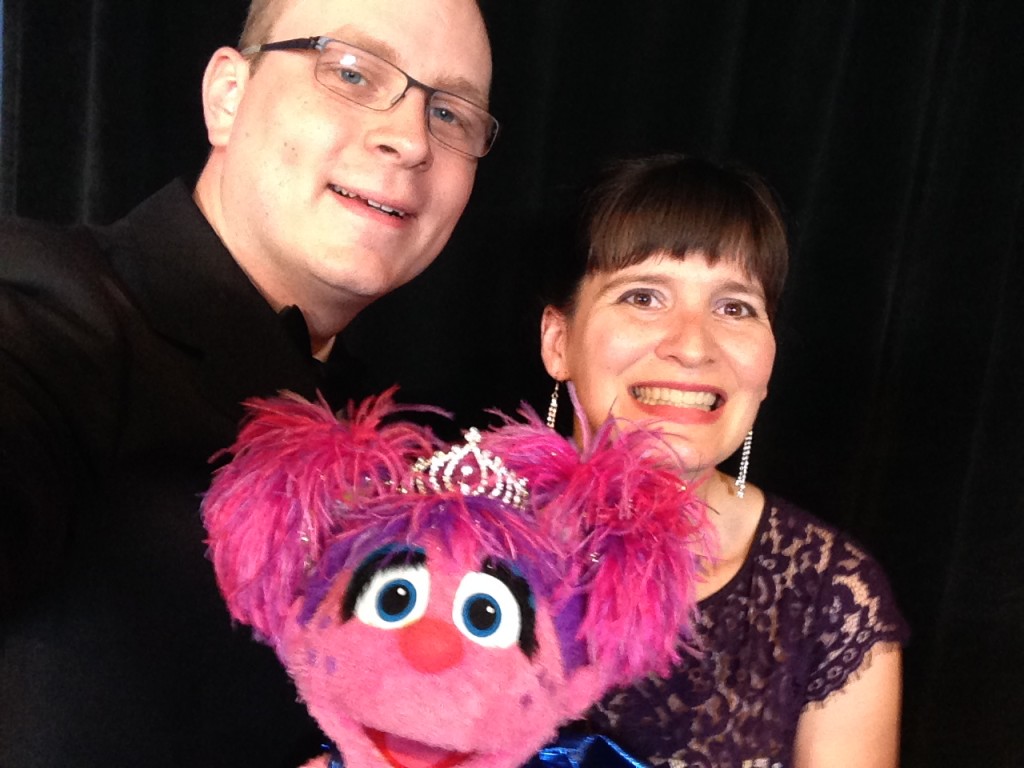 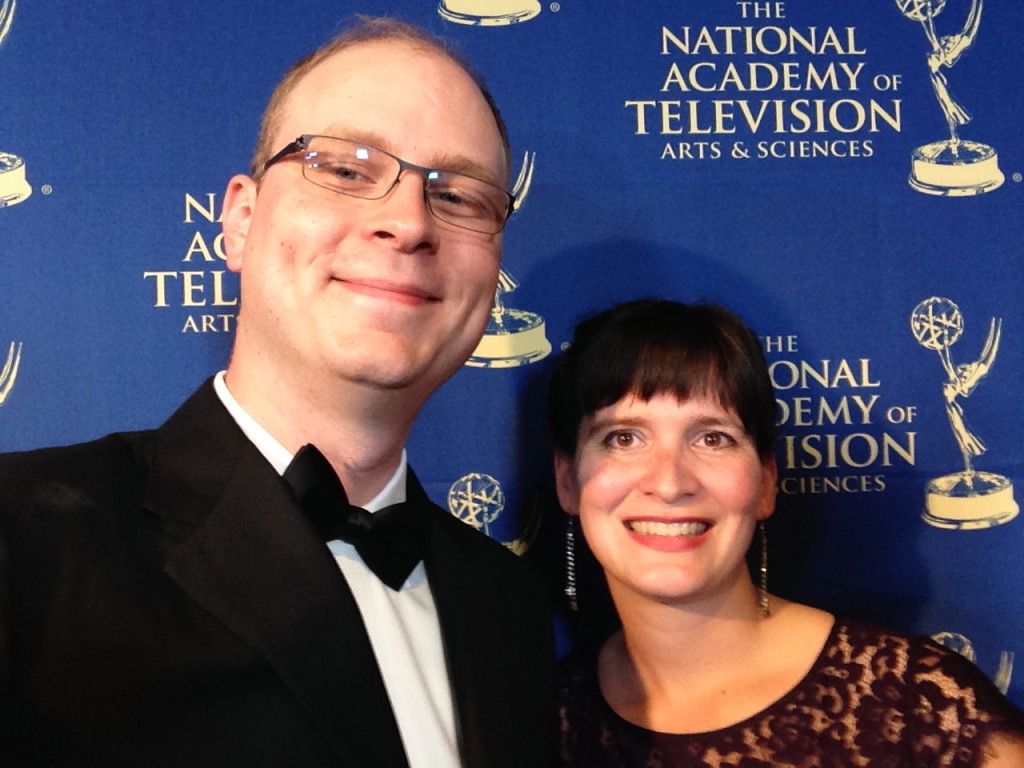 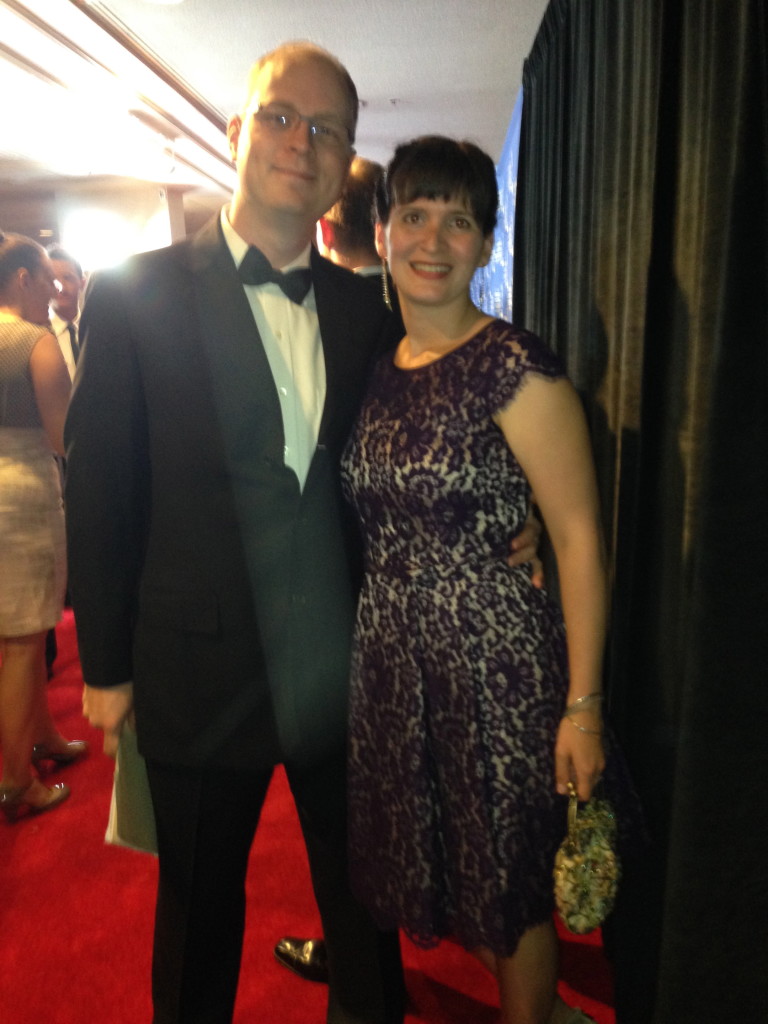 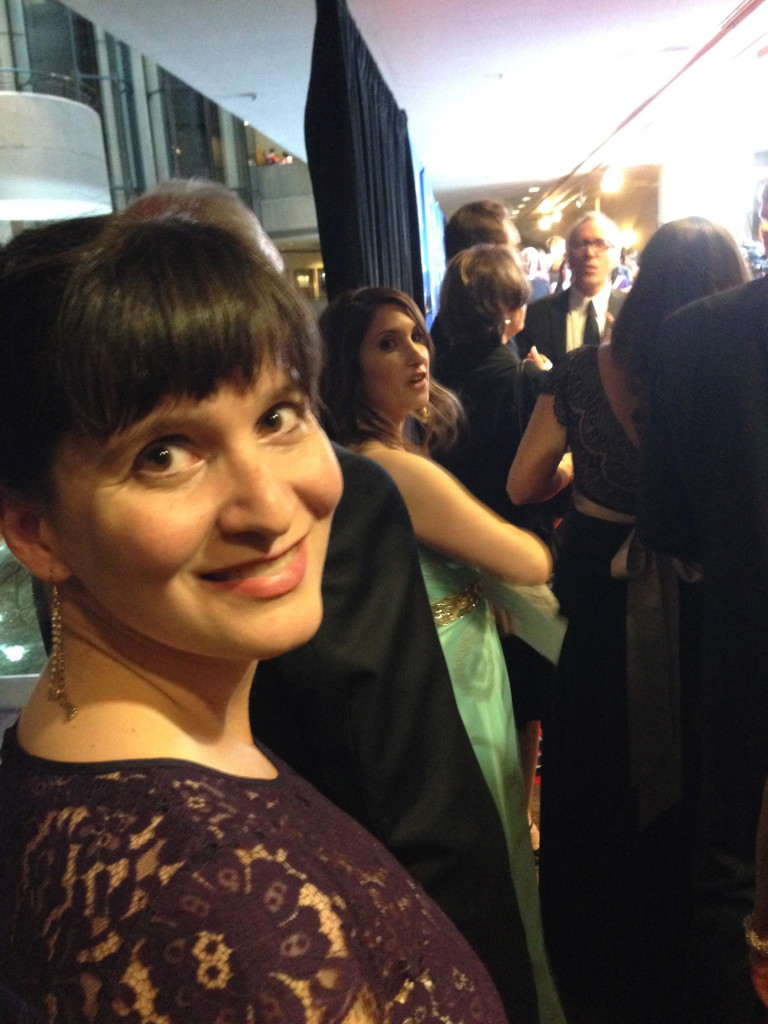 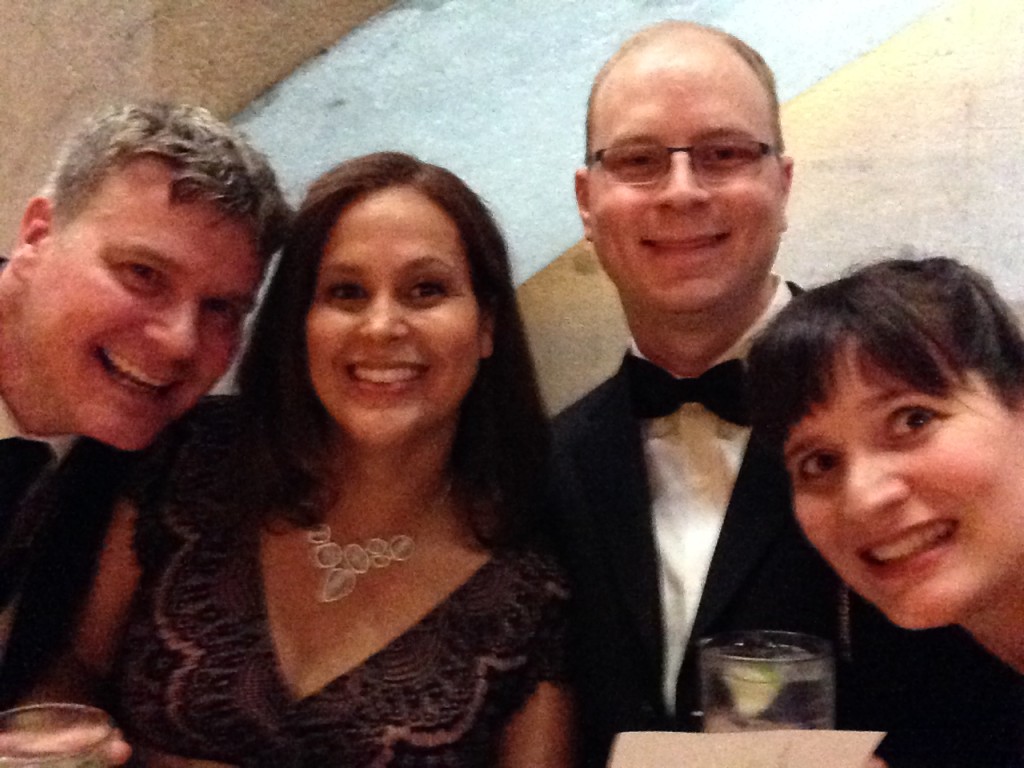 The awards show itself was fun. And long. And I totally get the “Ican’tbelieveIreallyjustonethankyousomuch” reaction I had always questioned when watching the Oscars. Because you really really want to win. But don’t want to get your hopes up. 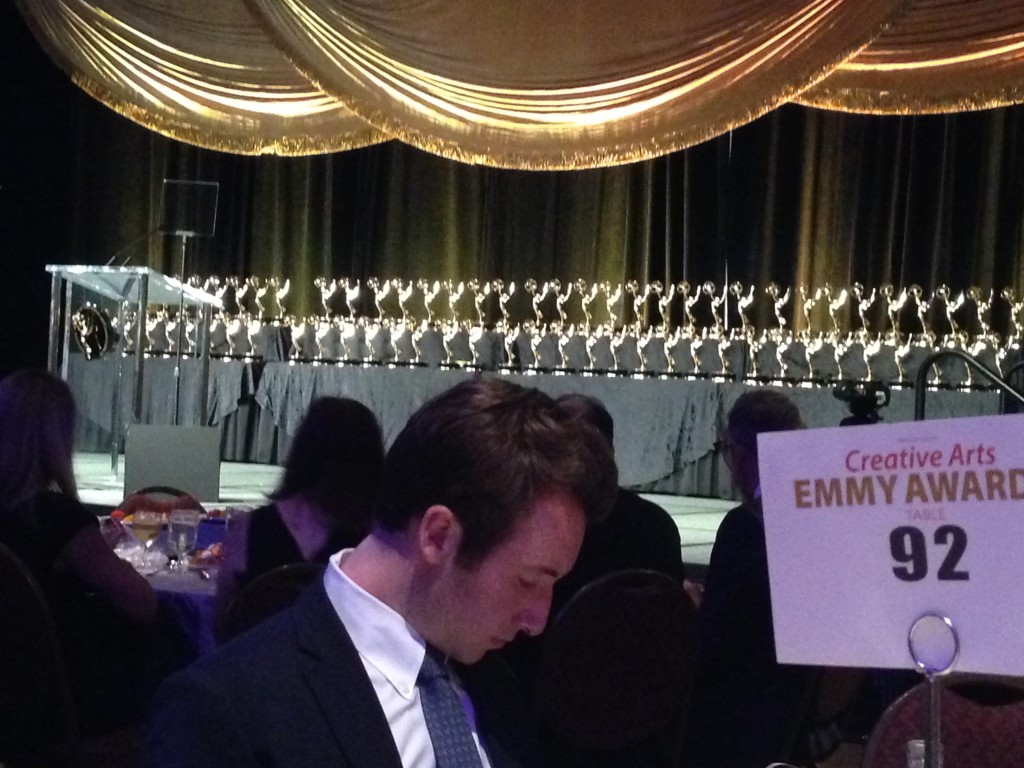 But then it was time for Rob’s category. And as much as we really wanted to win, well you are emotionally preparing yourself to clap for the other guy. And then you WIN. And Cookie Monster and Abby Cadabby present your award. The whole team stood up and clapped and cheered, then they realized that THEY had to go on stage. I only have crappy iphone pics, but I’m glad I have at least these. 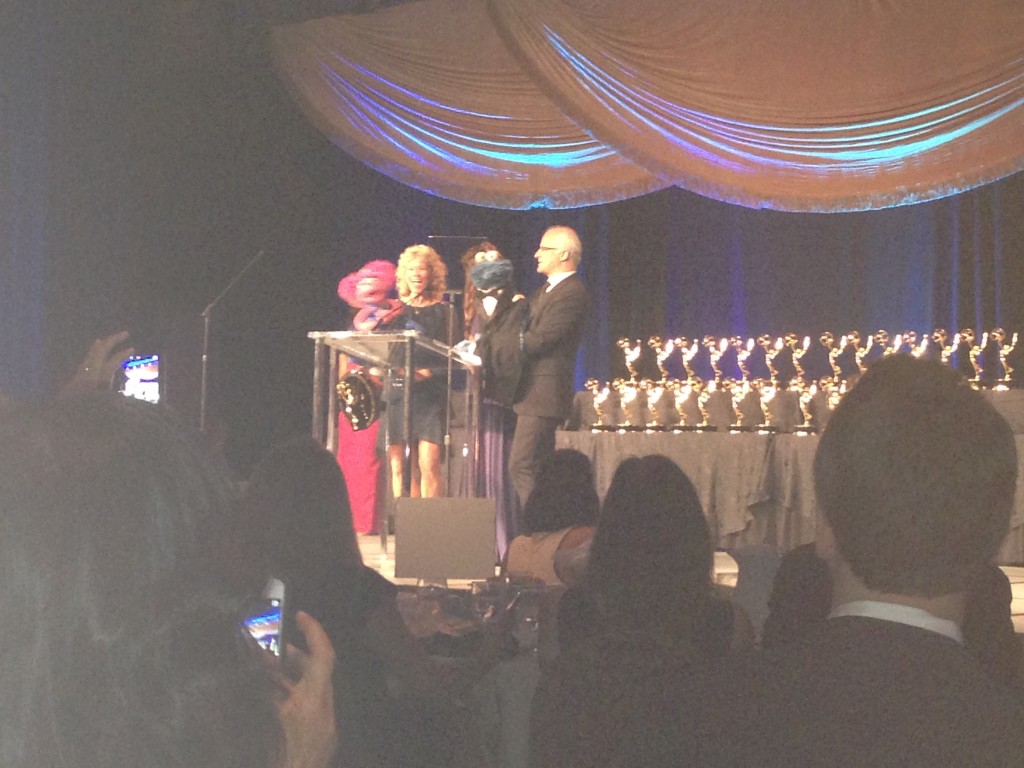 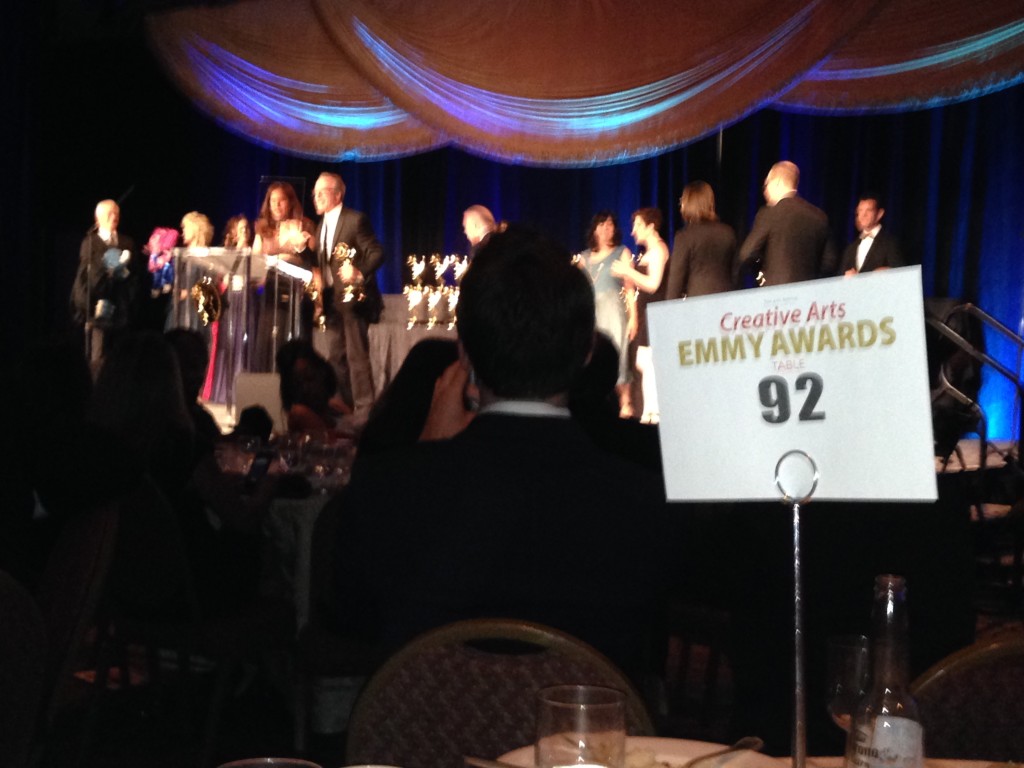 Everyone has worked so hard, and I write about how proud I am of Rob, and how cool it was for me to be there, but there is a whole team of dedicated artists that made this happened. It’s a great honor especially for our friends and creators of the show. We were seated at a table with some of the network people and getting to see how thrilled they were was pretty cool. 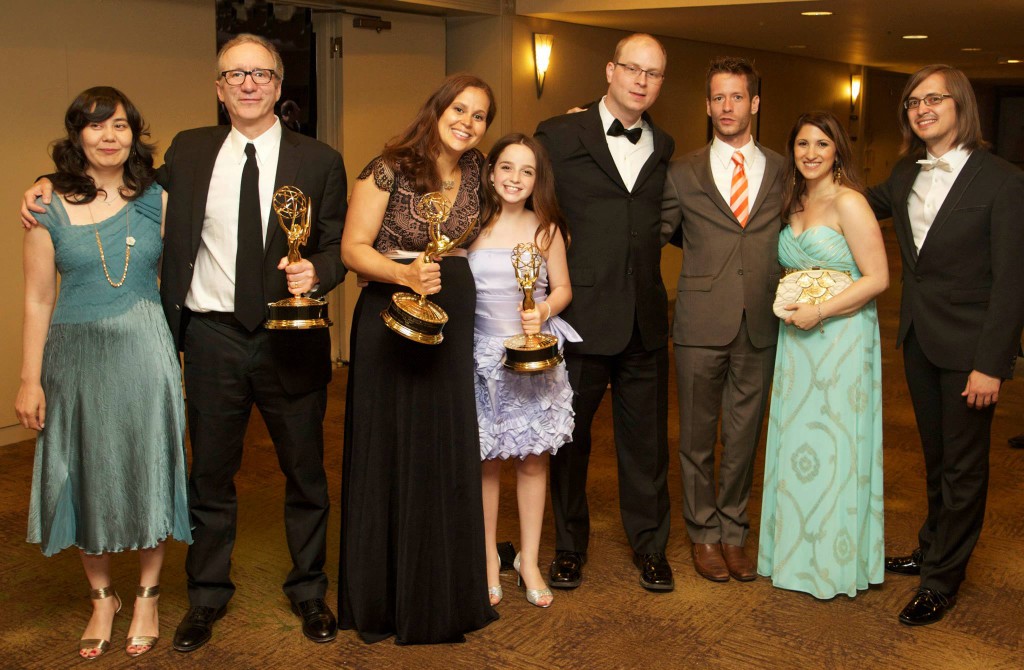 Rob asked me if this was the peak of his career. And I told him that it was just a highlight along the way. A super cool and awesome experience, that I really hope isn’t once-in-a-lifetime. 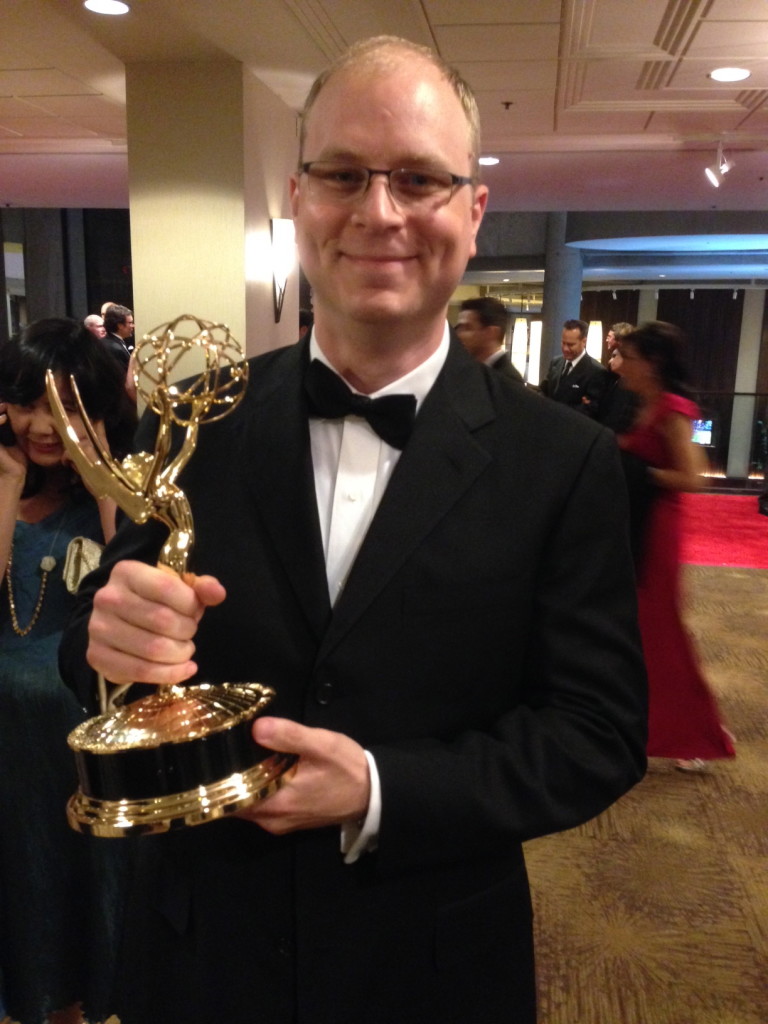 And one more, because I love these shoes. 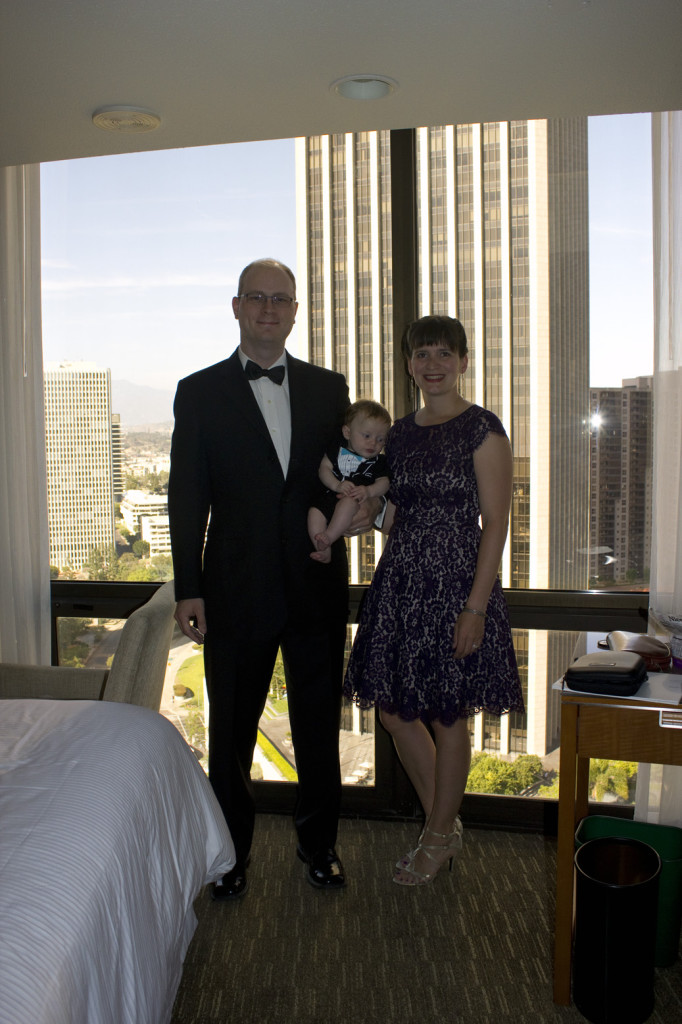 2 thoughts on “An Awards Night to Rembember”