As if our summer of crazy wasn’t busy enough we started off August with a trip to DC for me to go to a conference. Rob was on primary kid duty for a change and I had a great trip professionally.

We took Amtrak down, and it was great. Because we planned the trip a couple of months in advance tickets were pretty cheap. Overall so much better than flying. Simon spent most of the trip down playing on the ipad and Caleb ate and slept and smiled at the people around us. We lucked out both directions and got the four seats that face one another, with someone occasionally sitting with us as Caleb did not have a purchased seat. (If we do it again, I think I’d pay for the second kid seat) 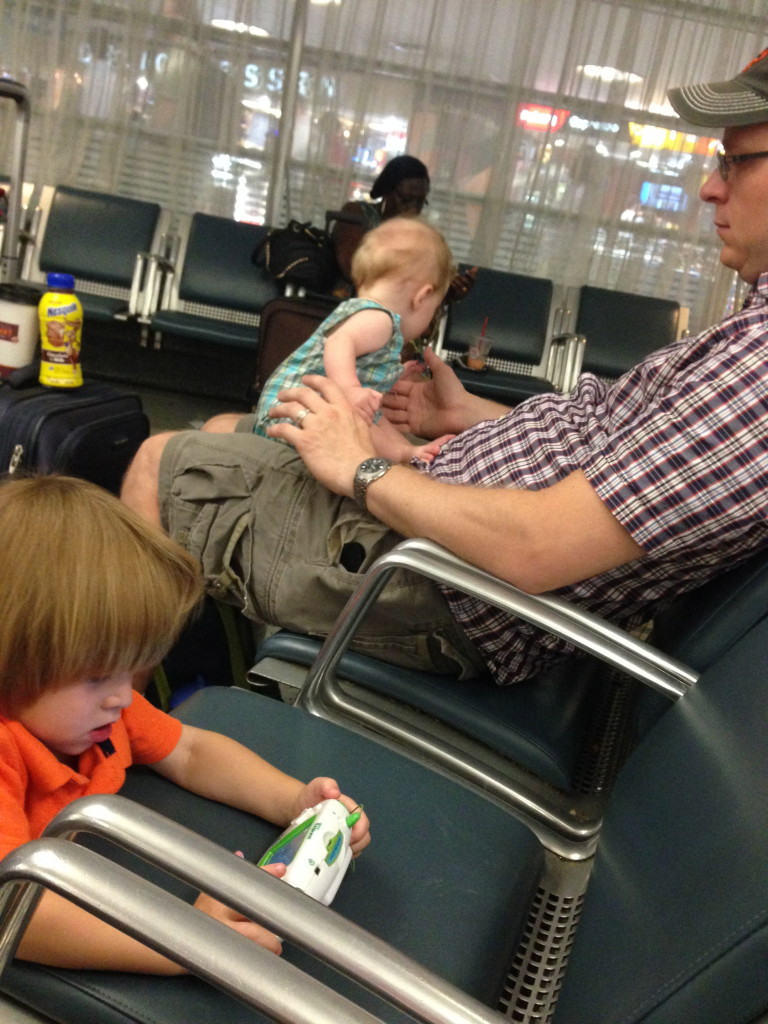 We got in to DC early afternoon. I worked from the hotel room while the boys played on the beds making each other laugh. 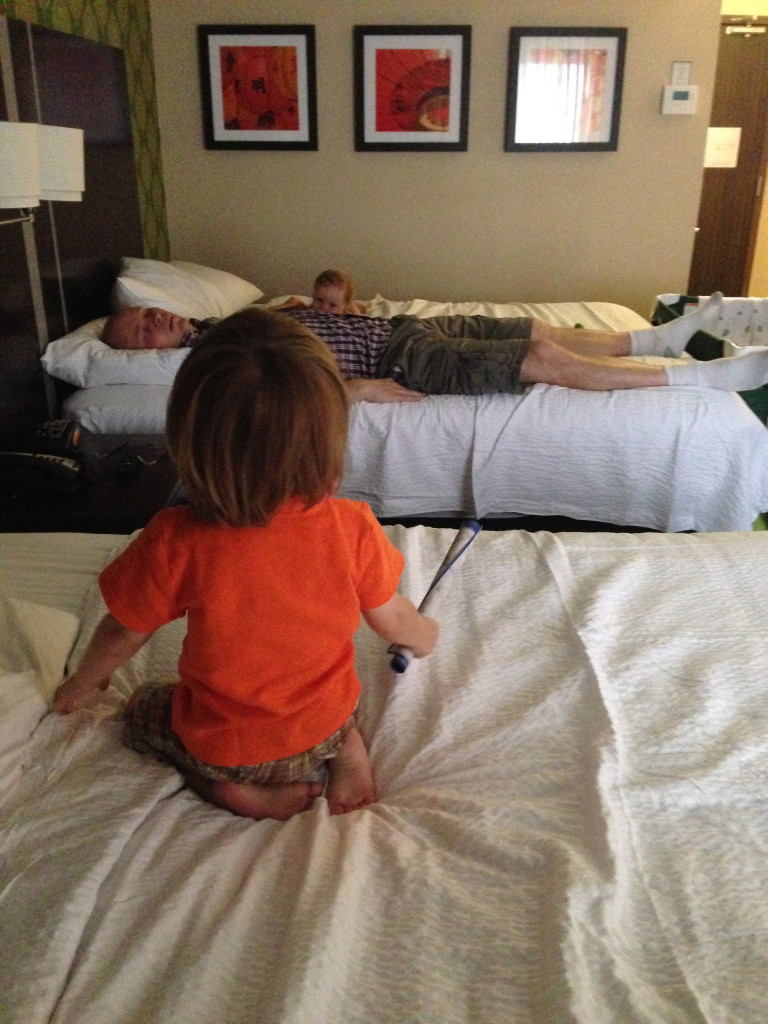 That evening I got to meet my blog friend A and her daughter (also A). A was the very first blogger I interacted with. It was fun to meet after four years of online interaction. Simon and A were hilarious. At the restaurant they were talking like on a first date. And for me it really was meeting an old friend for dinner. After we walked down to the mall and road the carousel. Then ran around and the kids got matching boo boos.

The rest of the weekend I went to the conference for parts of each day. I had a poster presentation (my undergrad showed up for it too) and I won a teaching award so there was a reception for that. In the exhibition hall I found a copy of the book I wrote a chapter in. 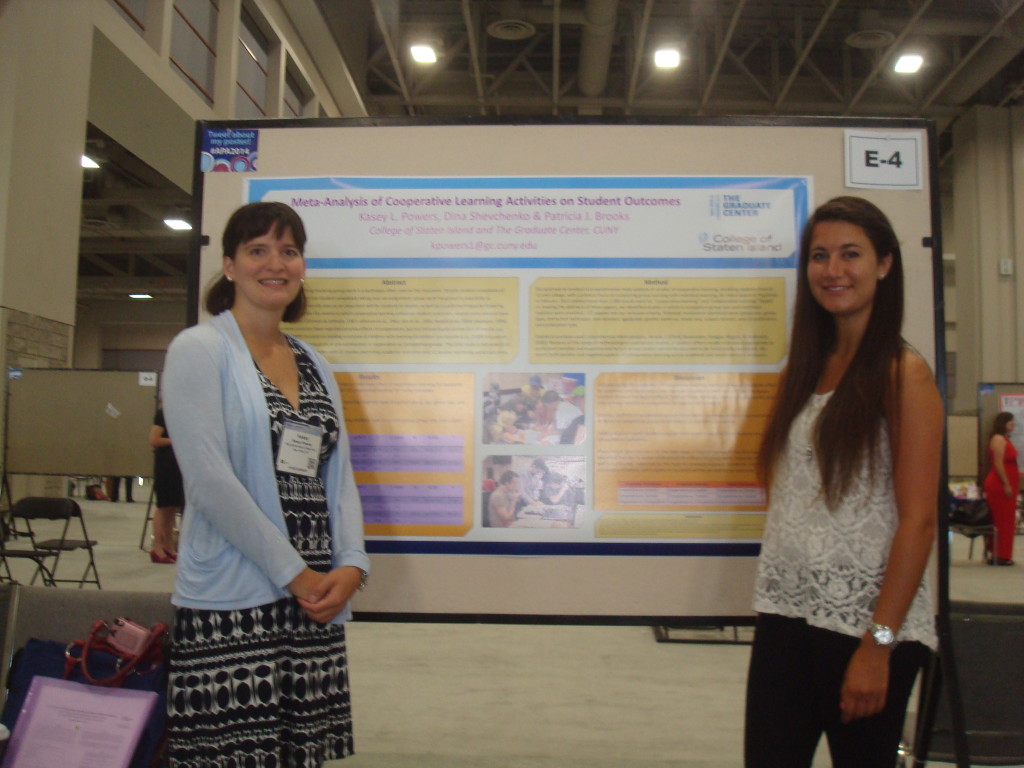 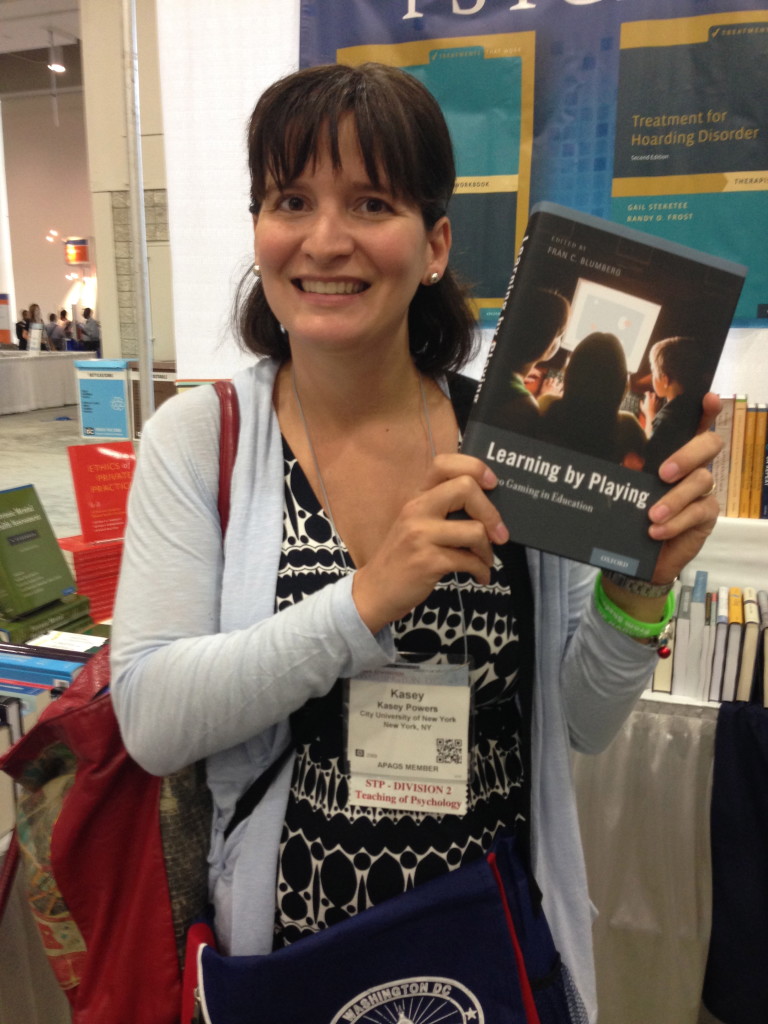 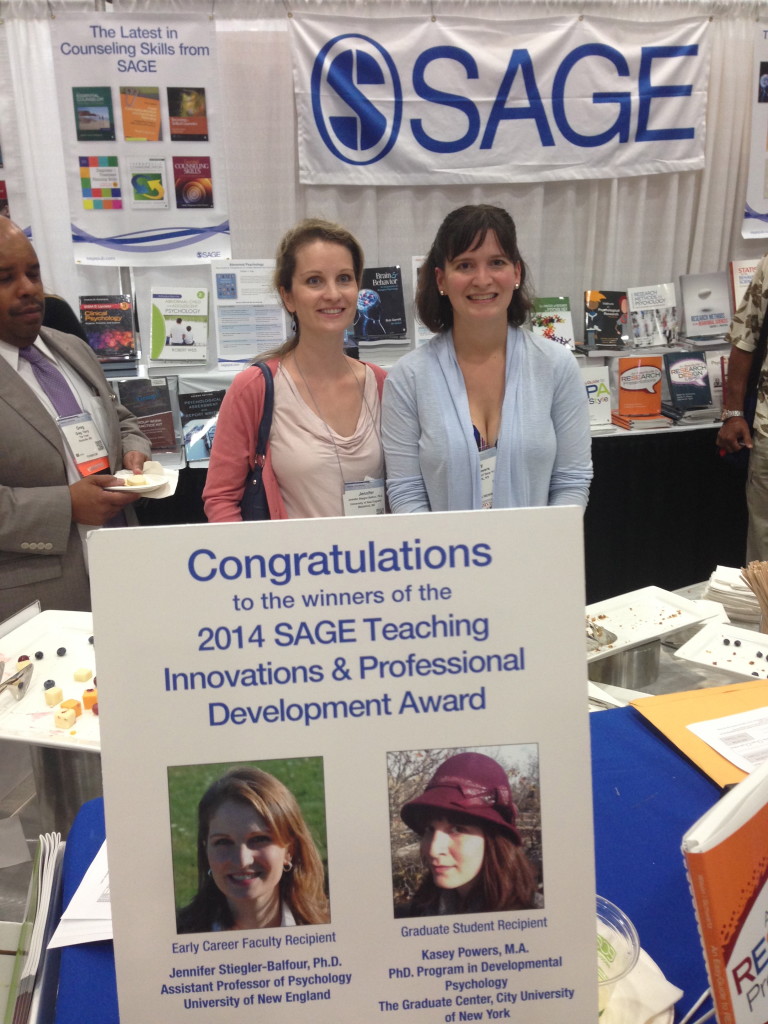 While I went to the conference Rob took the kids to different parts of the Smithsonian. He took no pictures, but he did have his hands full. I joined them for afternoons and one day we went to the zoo to see the pandas. But we only got a picture with the Elephants. 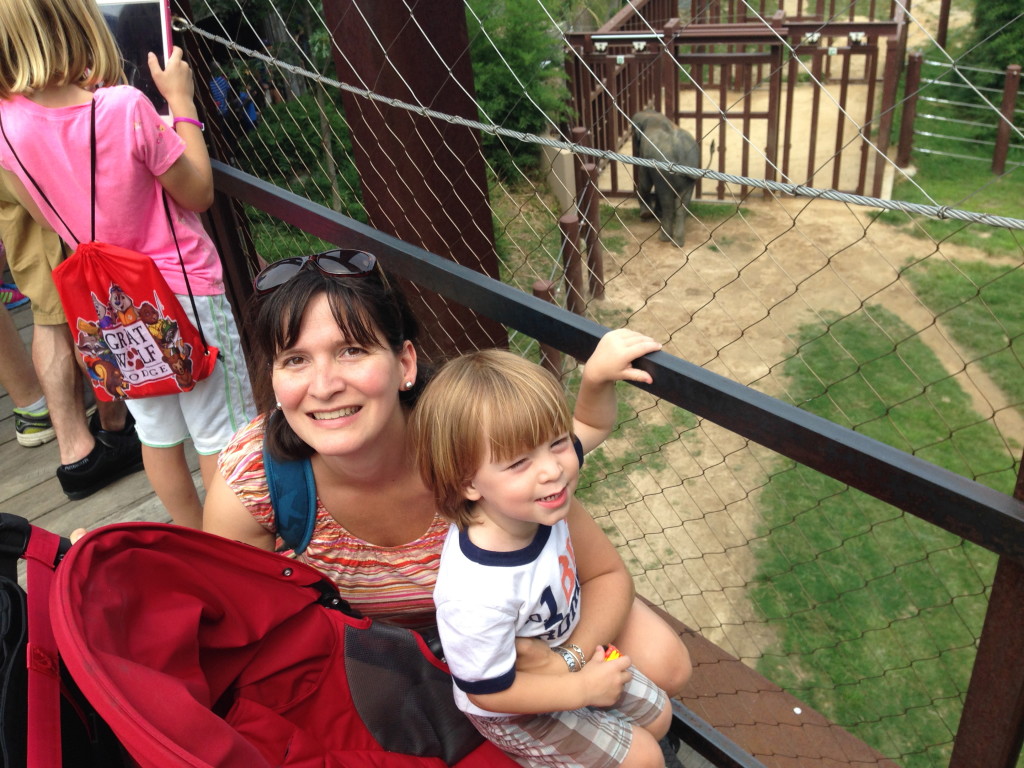 The last day we went to the Building Museum and had a great time building things and playing in the giant maze. Caleb started sitting pretty well with support.

The last day there was also our sixth anniversary and Caleb’s six month birthday. We got Haagen Dazs to celebrate (or just because it was hot). But really spending the whole day as a family, even though it did involve a late night train trip home (we got to Penn Station around 10:30) was kind of perfect.

2 thoughts on “family fun in DC”