…is that there are an awful lot of hills. Luckily (I think?) for us there were also lots of stairs to help with the up and down. 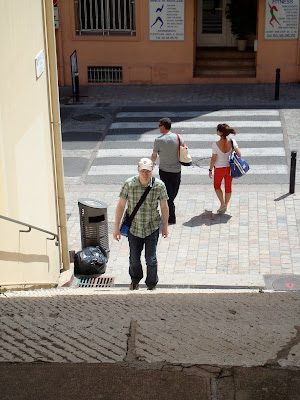 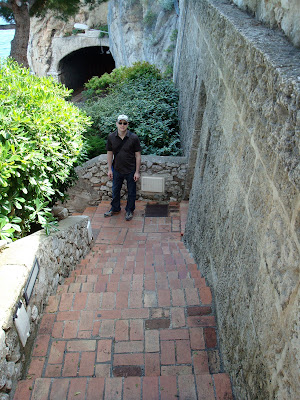 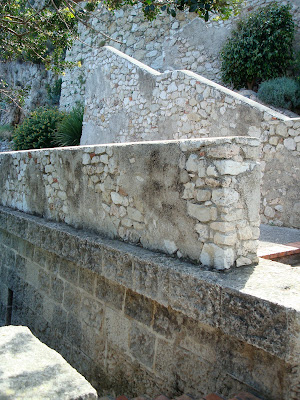 The Cote d’Azur is an interesting part of France. It is where the Alps meet the Mediterranean. We stayed in Cannes, tucked between the mountains and the sea. There were still a lot of hills. I swear walking to the festival was walking uphill both ways 🙂 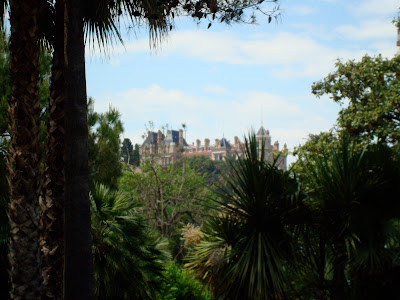 In Cannes we walked and explored and marveled at the people in tuxedos, ready for the red carpet. We ate really well. 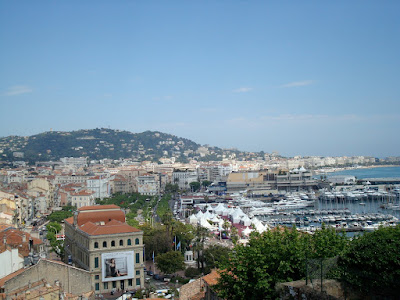 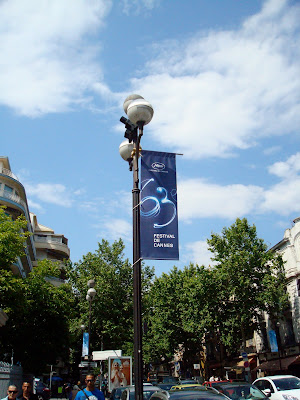 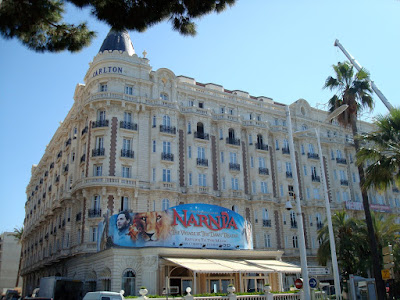 The other sea town we visited was Antibes, where Picasso once lived. Unfortunately we went on Monday, and the Picasso museum was closed. Many artists spent time painting in this region and there were plaques with their pictures facing the actual landscape. 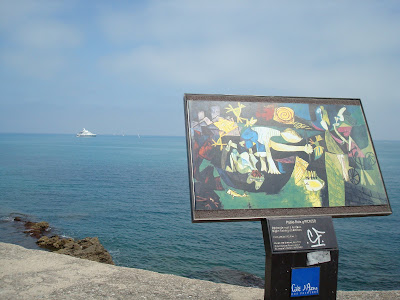 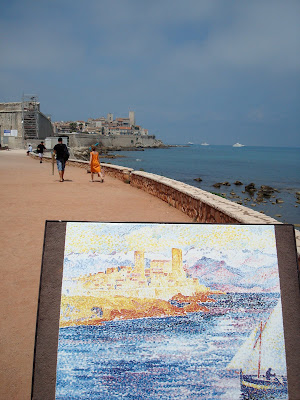 Rob even did a sketch of the old town Antibes. From where we sat we could see the old Grimaldi (the royal family of Monaco) house (now the Picasso museum) and the cathedral bell tower. They say on a clear day you can see the snow capped mountains (it was too hot and a little hazy the day we were there). 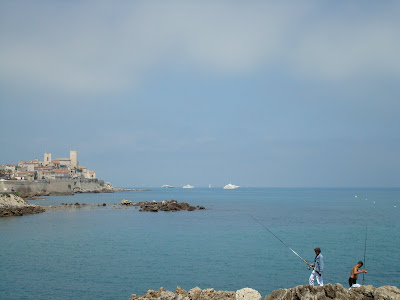 We spent a day driving to the mountain towns of Vence and Grasse. Vence was old, the coolest part about it I thought was that they have springs with fountains that were put in around 1546 and STILL WORK! We filled up our water bottle at one. The old town o Vence is still a walled city with no vehicular traffic.

Then we drove to Grasse and the drive was gorgeous. Terrace towns in the mountains. 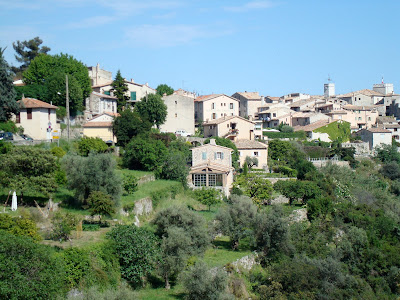 And we saw this. 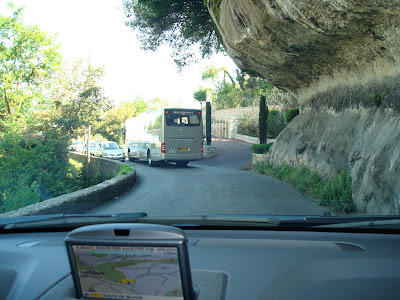 The bus was way to big and stopped traffic for awhile as oncoming traffic had to back out of the way.

In Grasse we visited a perfume factory because Grasse is the home of perfume. Lucky for us the last tour of the day was in Anglais, so we took it and learned all about perfume making. I don’t usually wear perfume, but we bought some, and I like it. 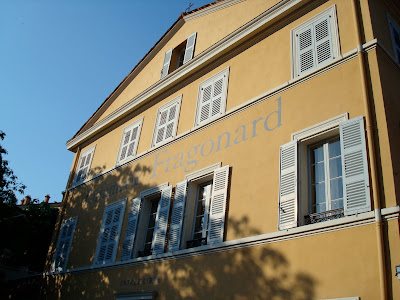 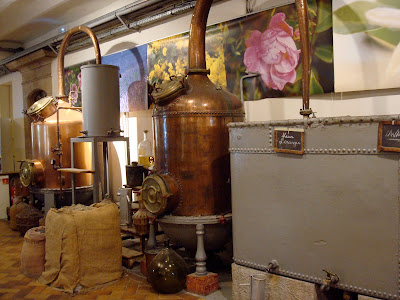