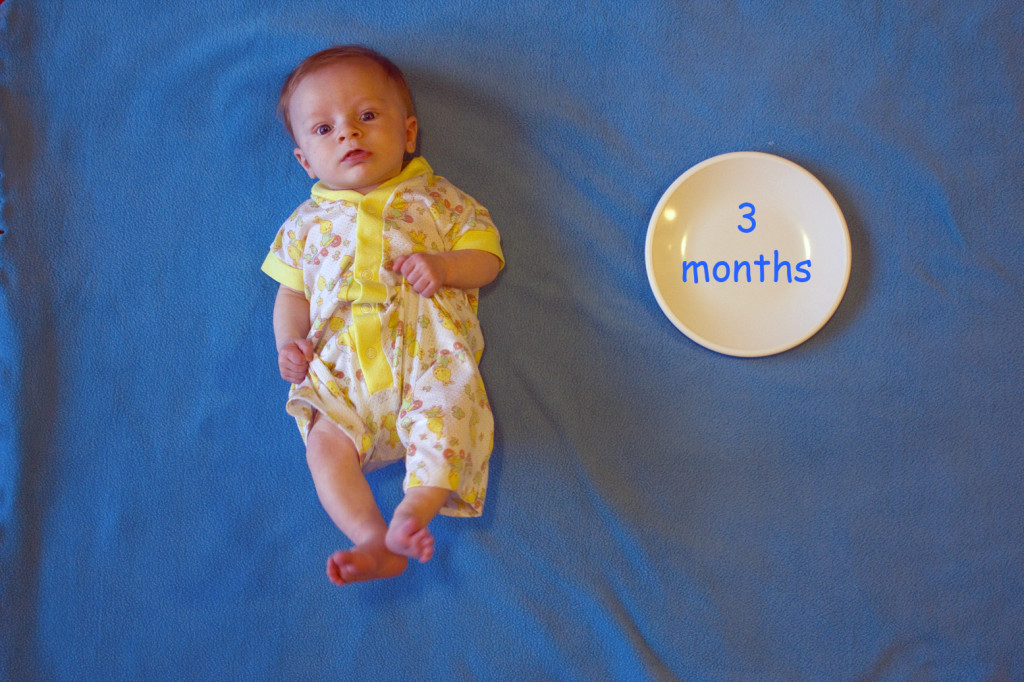 It’s more than a week late, but the Smoosh is 3 months old! Wow! Just like his brother he manages to be skinny and yet incredibly smooshable with bits of chub. This month was interactive Caleb. Lots of smiles and giggles. Simon likes to “make Caleb be happy.” It’s pretty cute.

He rolled over at least once – other possible rollings may be courtesy of big brother. But because we spend so much time baby wearing or laying in the swing (to stay out of mortal peril) he doesn’t get much floor time to practice.

Nursing is going much better. I’ve learned to manage the oversupply, so no more choking. Now the only problem is the occasional “I eat something that disagrees with his tummy”. Still a lot of spit up. His latch is crappy, but it works, but ALWAYS necessary for a good burp. I’m getting better at nursing on in the wraps and I’m hoping that by the time summer is in full swing we have this down so I can keep up with the big. 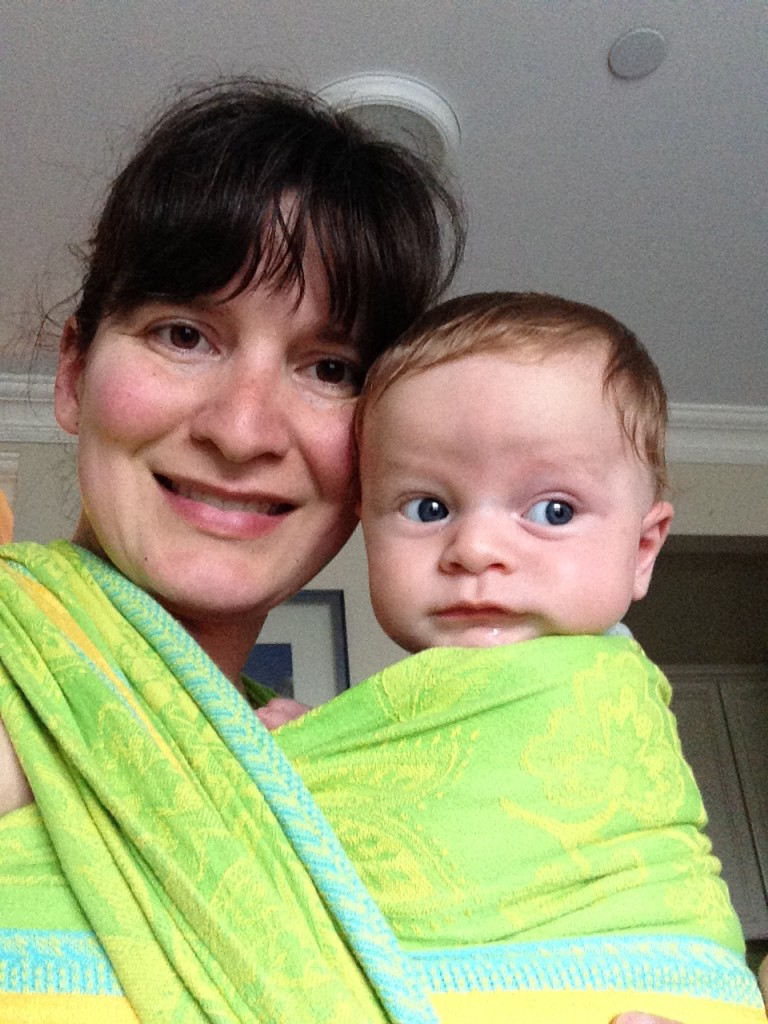 I left Caleb home with Dad for three days this month to go to a workshop for my dissertation stats, I was able to pump enough each day with the manual pump – although I will get an electric when I go back in the fall. And Caleb took a bottle no problem. I actually think that the bottle flow is slower than breast (which NEVER happens) and he didn’t spit up as much. But just knowing he will take a bottle makes leaving him so much easier.

Sleep is still pretty good with generally one night waking to eat. A bad night is noted if he wakes up before midnight, so at that point we will co-sleep the rest of the night. Caleb is in the bassinet in the hall still most nights, with the swing for the last stretch in the early morning. Occasionally he still falls asleep in the swing while we are eating, so I leave him. When he outgrows the bassinet in a couple of months we need to figure out if it will be co-sleeping full time or if we try the bottom bunk. I’m more worried about Simon messing with him than Caleb waking Simon or having issues with the bottom bunk. 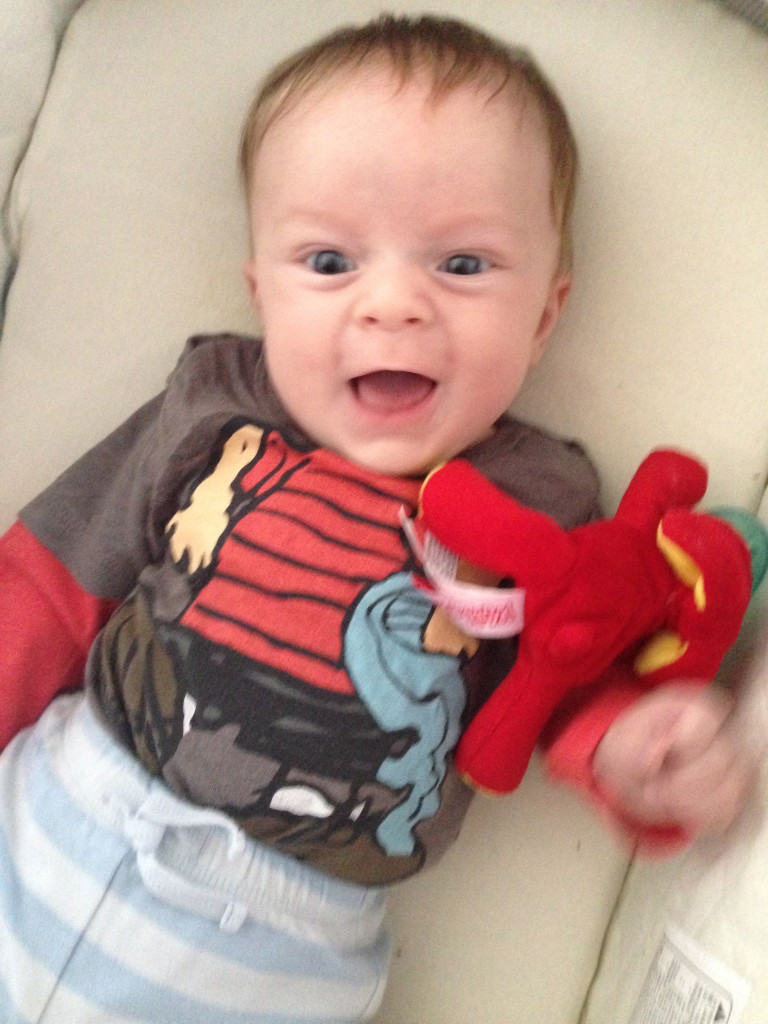 We don’t go back to the pedi until next month so no weight, but 3-6 month clothes and size 1/2 diapers. I had just opened a pack of size ones when I realized we needed 2s, so squeezing into one last pack. We are using cloth 95% of the time, disposable at night and sometimes when we are out in the city. This is up from about 60% of the time because I couldn’t keep up with the laundry for two. (Simon has moved to disposable slip-on diapers full time in preparation for toilet learning)

One thought on “Caleb: month 3”