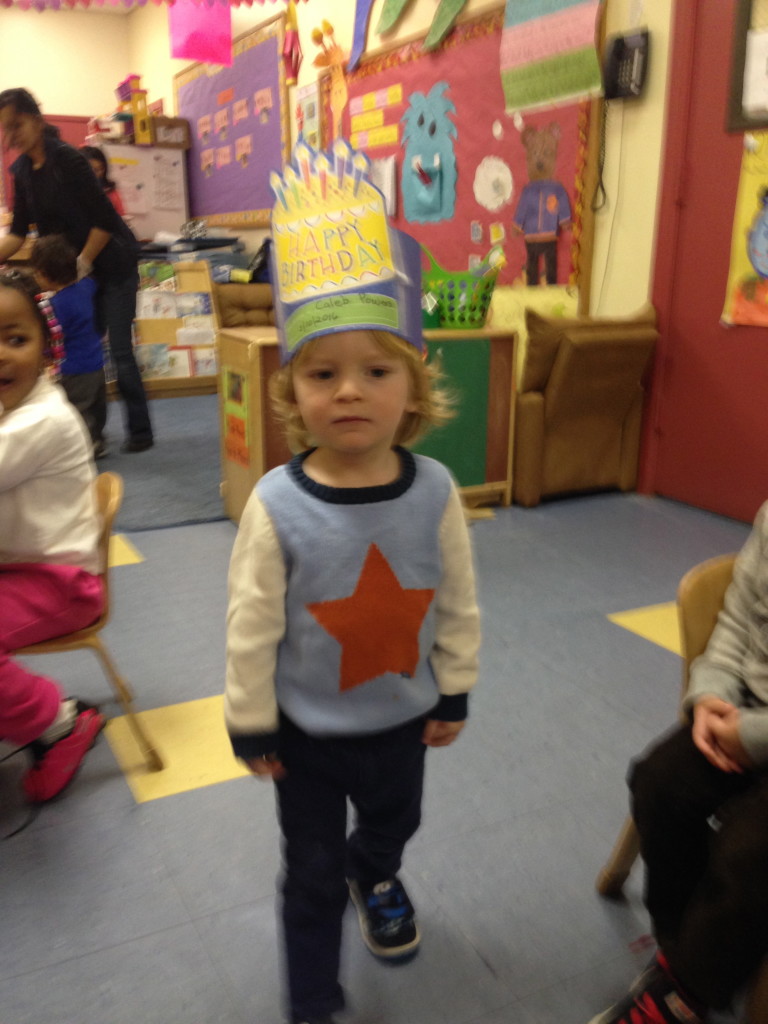 Caleb at 24 months is something to see. He’s the kid who jumps and just trusts that someone will catch him – so far we always have. His favorite things are whatever Simon is doing at the moment, of course. He’s getting better at playing with Simon and not breaking everything. But he can also be incredibly destructive in that way only toddlers can be. He’s a ball of energy. And so incredibly sweet. 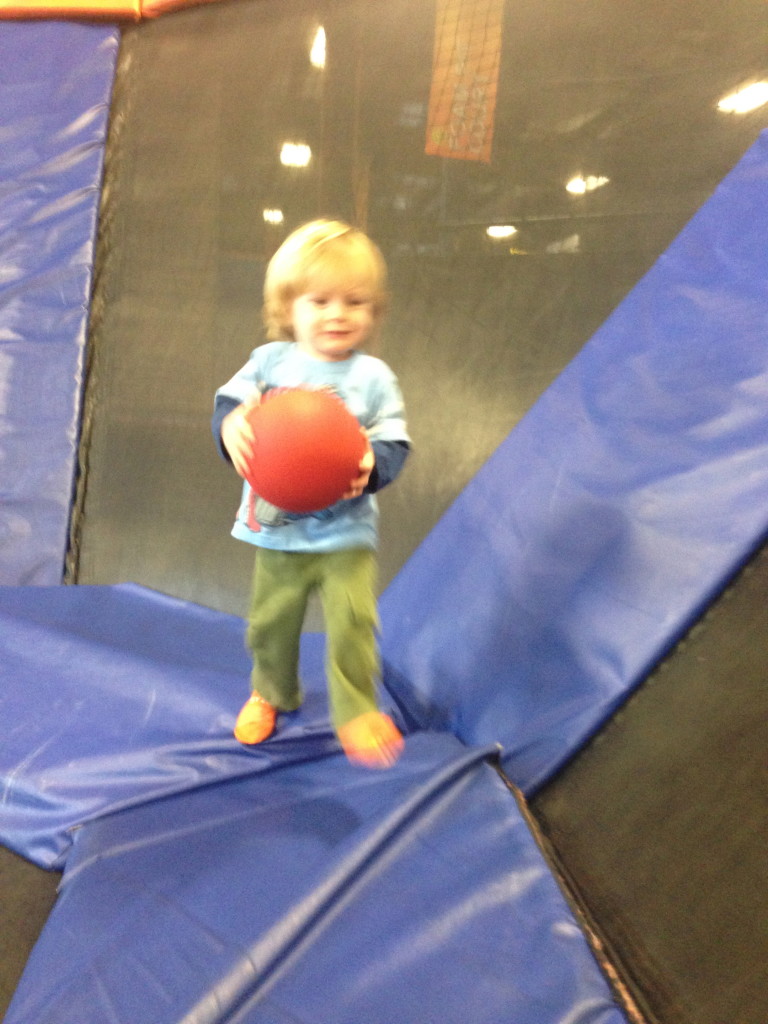 Some of his favorites are eating, brushing is teeth, jumping, and climbing. He has a deep love for “Mic[key] Mouse” and [Doc Mc]”Stuffins” He will sit for a whole show now. 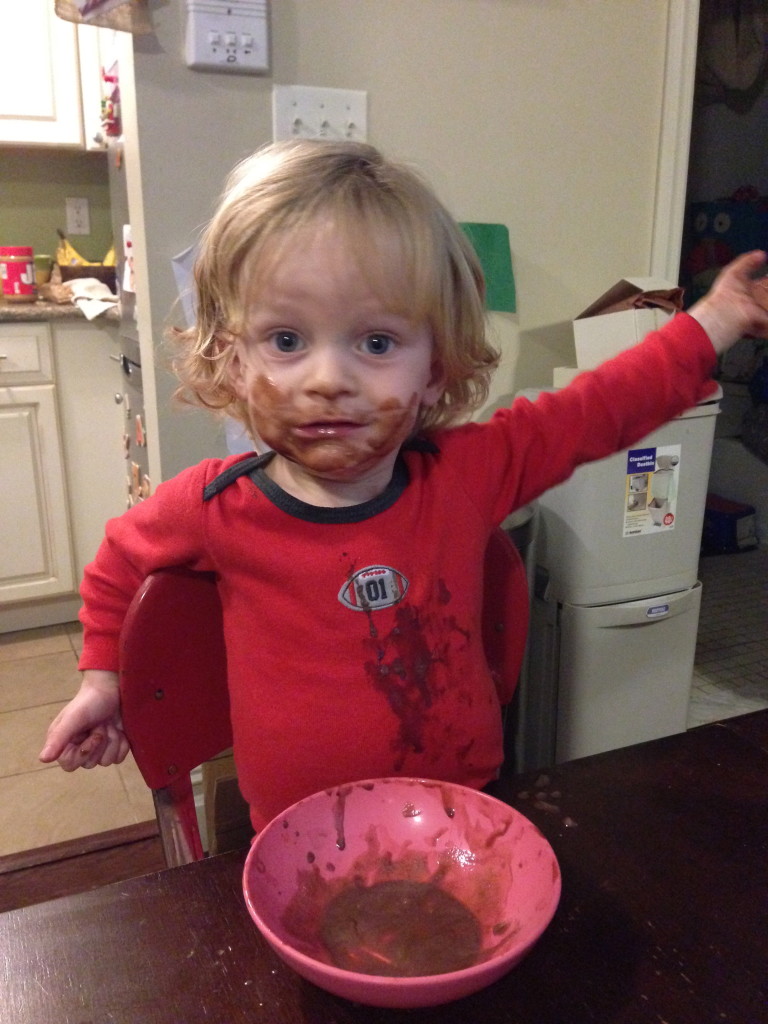 He’s finally over his fear of the slide and has mastered the biggest one at the playground. He also learned to climb up and down the bunk bed ladder, so we’ll need to keep a close eye on that for awhile. Caleb also figured out Simon’s scooter in the fall and can pedal a tricycle. 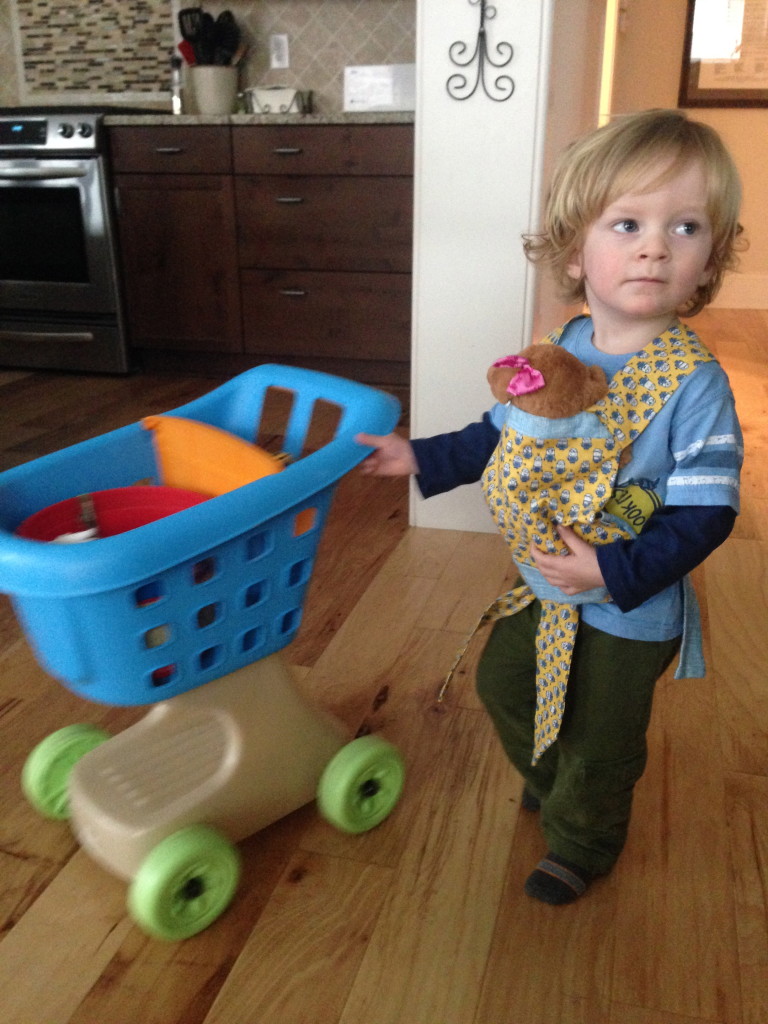 Caleb got to move in to the 2s&3s class just before his birthday. He’s the tiny one but doing so well. I love going in to pick him up and seeing him on his little chair for story time. 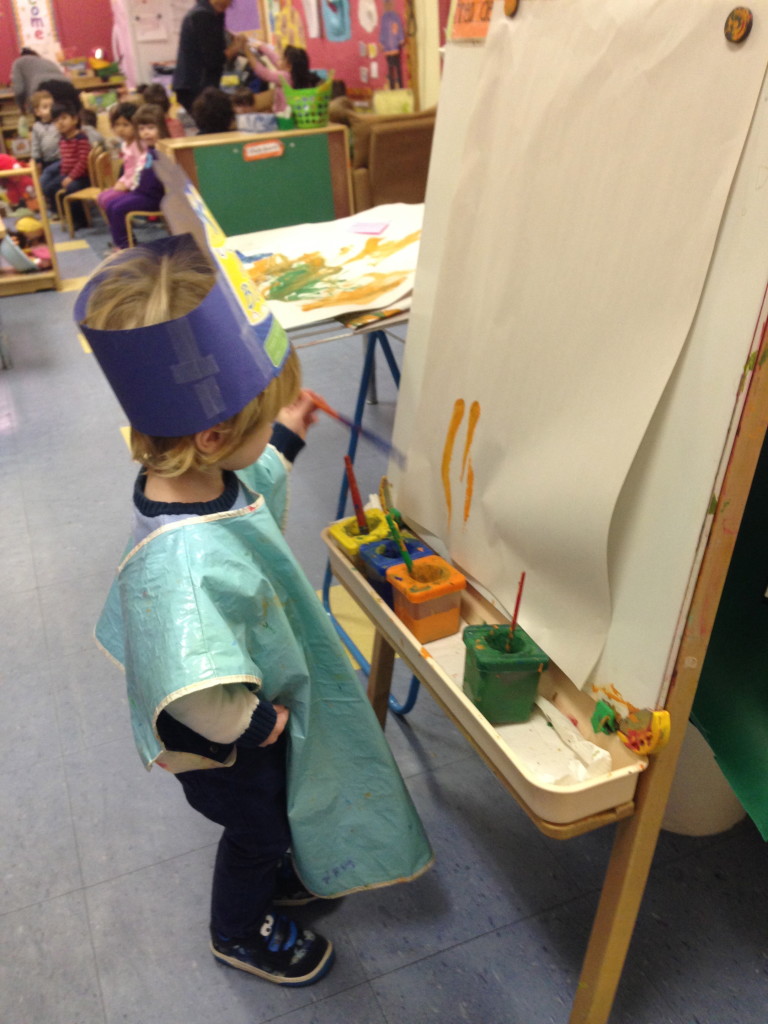 Caleb is the EXACT SAME height as Simon was on his second birthday. I haven’t had him weighed recently but I think he’s around 22 pounds, which is where Simon was as well. I pulled out a bunch of clothes and the 2T stuff is starting to fit! Although a belt is still needed for all jeans. (size 3 diapers, 18 – 24 month pants, 24 month – 2T tops, size 7 shoes)

Caleb’s ears have been clear since June, and while we are still watching it, there have been no more infections and his language is catching up fast. He understand most of what we say, whether or not he chooses to listen is something else altogether. His spoken vocabulary has exploded recently. I didn’t do an early word list like I did with Simon because he just wasn’t talking much and I was semi-concerned. But here is a list for 24 months and posterity, he says a lot of words doubled like hot-hot or cake-cake.

Phrases: Want it, don’t want it, high-five, stop it